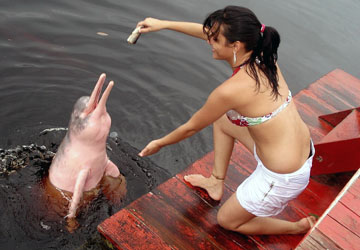 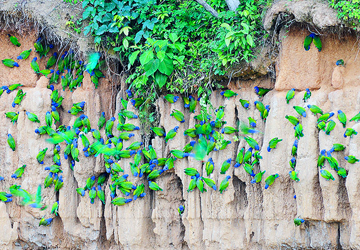 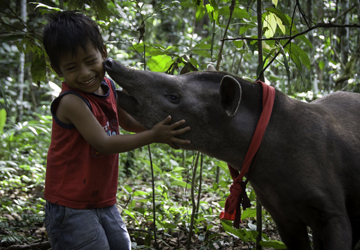 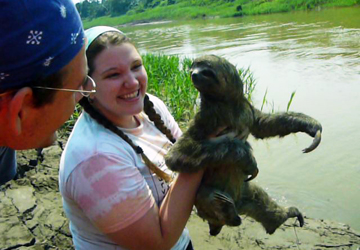 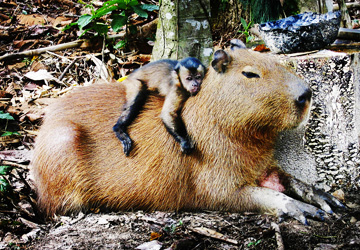 The Capybara (rare but not threatened) 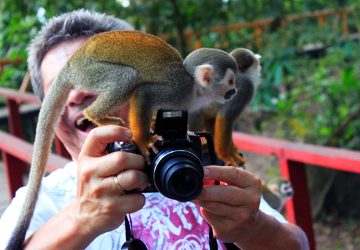 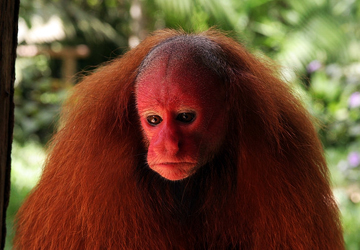 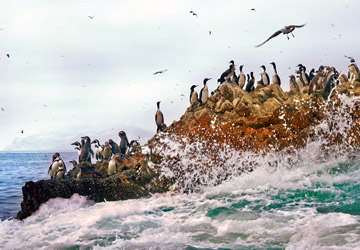 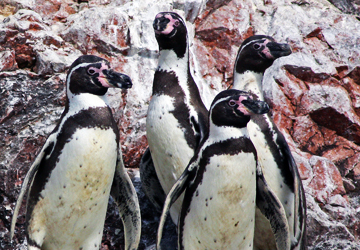 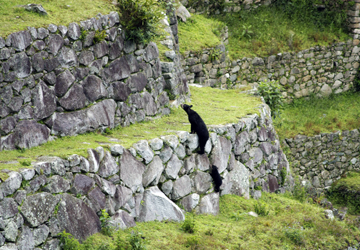 The rare and elegant Vicuña (Threatened) 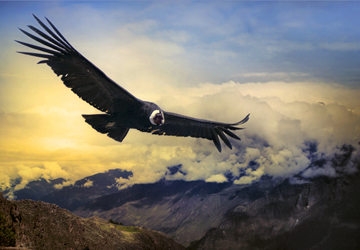 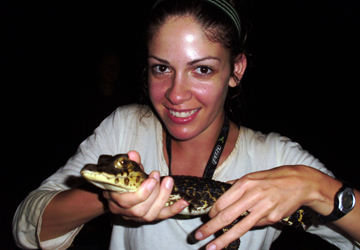 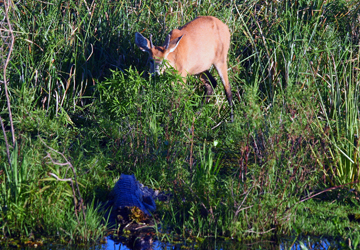 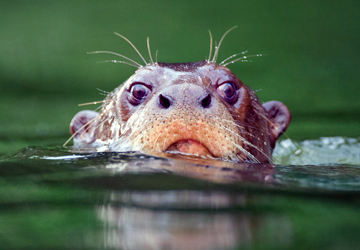 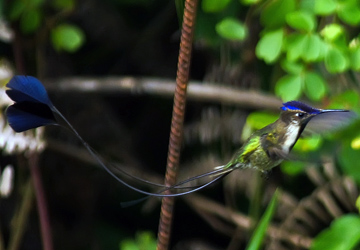 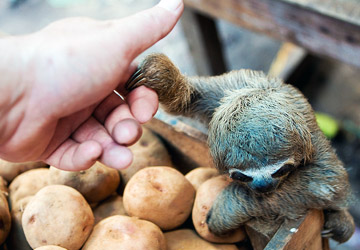 Baby sloth for sale at BelÃƒÂ©n Market in Puerto Maldonado 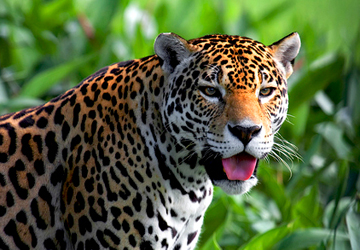 The elusive jaguar of the Amazon (Near Threatened) 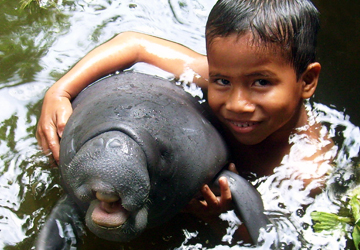 There are more than 500 protected species in Peru, 64 of which are considered critically endangered due to grave reductions in their populations and habitat due to man's productive activities. Unfortunately, despite increasing awareness of the problem, travelers are likely to encounter a number of endangered animal products on offer while visiting the Amazon. You may be tempted to sample black caiman or the giant paiche fish, buy a sloth or turtle as a pet, or purchase a jaguar-tooth necklace or snake-skin coin purse. Keep in mind that this is not only an example of unethical travel, it is also illegal to acquire or transport such animals, or products made from such animals, with penalties of three to five years.

It is much better to experience the amazing biodiversity of Peru by admiring these animals in their natural habitats. Watching a giant condor soar, a blue whale breach, the blue-headed macaws congregate, or a yellow-tailed woolly monkey try to lift your camera is an amazing experience. Here's your guide on where to go (and in some cases, when):

Paracas Reserve (whose name means raining sand in Quechua) is located along the Peruvian coast south of Lima, in the middle of one of the driest deserts in the world. And yet, it includes a series of eroded rocky outcrops known as the Ballestas Islands, which are home to colonies of endangered Humboldt Penguins. In addition to the barking of the sea lions, there's a cacophony of sea birds, including the endangered Peruvian Tern, who feed off of the rich marine life encouraged by the cool Humboldt current.

Peru's slice of the Peruvian ocean also provides temporary refuge to the endangered Blue Whale and the Humpback Whale, which is considered a vulnerable species. The Piura region north of Lima has never been one of Peru's major tourist destinations, but it's beginning to gain popularity as a whale watching site. While some whale species can be seen year-round if you're lucky (there's never a guarantee), humpback whales pass though Los ÃƒÂ“rganos in Piura in the thousands from late July/August through October. They depart the Antarctic waters for to breed in warmer waters. They are a wondrous sight to behold as they jump, splash, and sing.

The giant Andean Condor only lays eggs every other year; it's hunted for medicinal remedies and its habitat and food supply suffers due to mining and industrial development. Yet, it isn't hard to spot these natural wonders while traveling in Peru: the world's largest birds of flight soar over the world's deepest canyons each day. As the sun heats up the canyon, they ride the rising thermals, circling ever higher in search of food. Visiting Cotahuasi or Colca Canyon is an easy way to admire the imposing condor in person and in the wild- as they were mean to be seen.

The Andean Mountain Cat is one of the least known felines in the world. This shy and critically endangered creature is preyed upon by humans for traditional ceremonial purposes, and because they are considered to be bad luck. If you are doing a hike to Machu Picchu, try to keep an eye out for this diminutive wild cat. If you're lucky, you might be able to spot a Spectacled Bear as well. They are the only surviving species of bear native to South America, and can be found within the protected natural park of Machu Picchu Sanctuary.

Whilst traveling along the Altiplano, whether it be traveling to Puno and Lake Titicaca or through the countryside of Arequipa or Cusco, keep an eye out for the vulnerable Guanaco or the threatened Vicuña, the most elegant of the South American camelids. Do some studying before you go so that you can tell them apart from their more numerous cousins, the Alpaca and the Llama.

Along the rivers, the endangered Amazonian Manatee, the pink and gray river dolphins known as Botos and considered a vulnerable species, and the Black Caiman, considered ˜conservation dependent'.  Traveling along the rivers of Tambopata National Park, one can reach clay licks where dozens to hundreds of birds ga