The city of Puerto Maldonado is the capital of the Madre de Dios Department in southeastern Peru, 34 mi west of the Bolivian border, where the Tambopata and Madre de Dios rivers meet. Often referred to as the Biodiversity Capital of Peru, it showcased a dizzying array of the endangered and exotic plant and animal life of the Amazon jungle. Its three national parks represent some of the most pristine primary rain forests in the world.

In recent years, the growing popularity of ecological tourism has attracted visitors hoping to experience the astounding biodiversity of the jungles of ManÃƒÂº National Park, the Tambopata National Reserve, and the Bahuaja Sonene National Park, so that now the long-forgotten city of Puerto Maldonado bustles with travelers and researchers.The largest, ManÃƒÂº National Park is one of the world's most important national parks, protecting over 800 bird species, 200 mammal species, gigantic trees, and indigenous tribes. Holding the world record for number of species seen in one day at one spot (324). The smaller Tambopata-Candamo National Park houses the greatest diversity of mammal, tree, insect, and bird species in the world and holds the world record for butterfly species. Especially popular are the clay licks, which attract hundreds of bright macaws and other birds at a time. Finally, the Bahuaja-Sonene National Park is unique for its tropical savannas, and protects endangered animals such as the maned wolf, marsh deer, giant river otter, bush dog, black caiman, giant anteater, and harpy eagle.

If you have some extra time in the city of Puerto Maldonado, there are some local sites you can visit. One unique establisment you can visit if you have some extra time in the city is the Jaguar Zoo & Disco- zoological park by day, nightclub by night. At the Snake Rescue House you can visit rescued snakes and reptiles, or climb to the top of the Obelisk for a view of the city and surrounding rivers and check out the sculptures outside of the obelisk, which narrate traditional jungle lore. Visit Monkey Island to see hundreds of monkeys of different species, the Guacamayo Collpas, salt licks which come to life with hundreds of feeding birds, pristine Sandoval Lake with its wild orchids, giant kapok and caoba trees, otters, caimans and more.

Madre de Dios is a department with abundant virgen forest, it might possibly be the most pristine area of the Peruvian Amazon. The region houses native tribes for still faithful to their traditional ways of life, the main groups being the Huarayos, Mashcos, Piros, Amahuacas, Yamanahuas, Amaracaes, and Machiguengas.

It boasts innumerable microclimates and soil varieties which have facilitated the development of a great diversity of life forms. Madre de Dios posseses some of the best soils of all the Amazon Jungle, historically allowing for the harvesting of rubber and brazil nuts. (Unfortunately, rubber has been tapped out and recent European Union legislation put the nut collectors out of work.) Other main sources of income also rely upon the natural wealth of the region: logging, dredging for gold, eco-tourism, and boat building. The land's wide unhurried rivers and beautiful lagoons give rise to exuberant vegetation along their edges.

The tropical Amazon Basin in which Puerto Maldonado is located is hot and humid year-round. The average annual temperature is 79Ã‚Â°F and annual rainfall exceeds 3.3ft. During the October to April wet season during which road travel can become impossible and during which there may be floods, though this rarely affects the main part of the town, which is on elevated ground. At times, polar winds blowing in from the Andean south can cause a natural phenomenon that the locals refer to as a surazo or friaje which can make temperatures drop as low as 46Ã‚Â°F for several days.

As part of a rainforest exploration committee commisioned by the Peruvian Government in 1901, Don Juan Villalta led an expedition along the Tambopata River, founding Puerto Maldonado in 1902. When the Madre de Dios Department was created ten years later, Puerto Maldonado was designated as its capital, although it would not become a formally recognized city until 1985. Fitzcarrald is often associated with the founding of Puerto Maldonado, but actually died before this point. He did however, explore the area relentlessly in search of gold based on rumors from the local ashaninka and Machiguenga tribes, eventually discovering the area where the rivers meet (where Puerto Maldonado now stands) and opening up the area for rubber extraction.

A remote frontier settlement which attracted only gold seekers, rubber collectors, loggers, and game hunters, Puerto Maldonado has modernized over the years and now has a population of over 30,000. León Velarde, the main avenue, has bars and restaurants where travelers can sample exotic drinks and listen to the ever-popular chicha music. Brazil nuts, gold, and lumber are important industries as well as farming and ranching along the roads or principal rivers, and ecotourism and conservation-related industries.

Most requested tours in Puerto Maldonado

See other tours in Puerto Maldonado 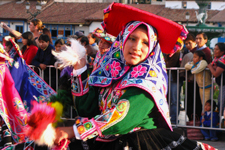 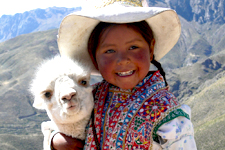 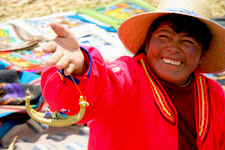 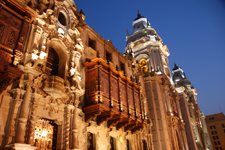 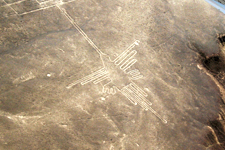 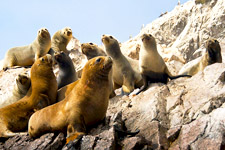 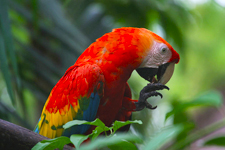