Record Numbers of Visitors at Peru 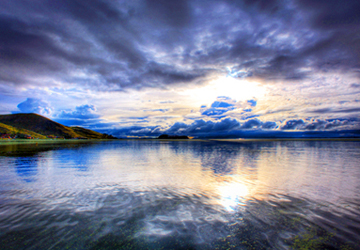 A sweeping view of Lake Titicaca Reserve by Puno, Peru. 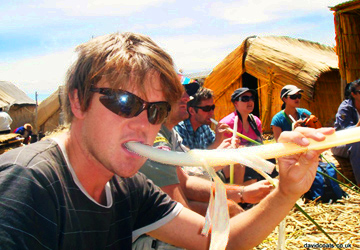 Travelers sampling totora reed at the Floating Islands of Ur 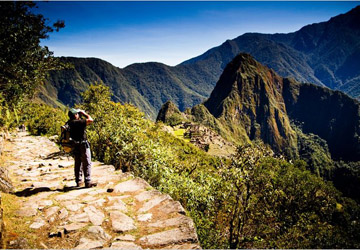 Birding in the high altitude jungle of Machu Picchu Sanctuar 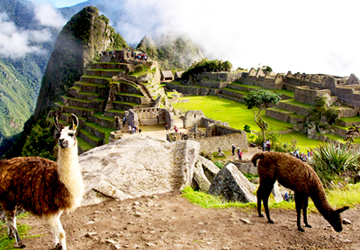 The ruins of Machu Picchu Citadel near Cusco, Peru 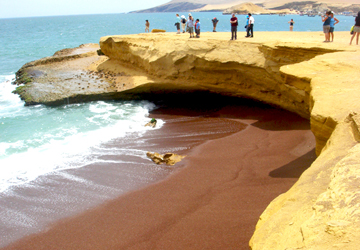 Visitors along the shoreline of Paracas Reserve, south of Li

On the boat en route to the Ballestas Islands in Paracas 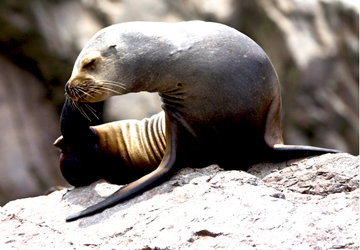 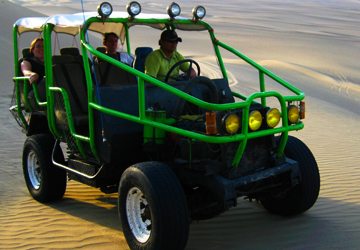 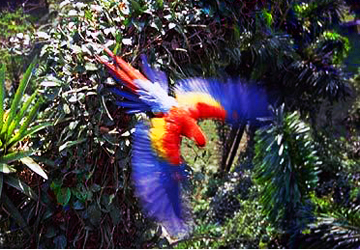 Ten percent of Peru's total territorial area is found in protected areas, classified as national parks, natural reserves, and historic sanctuaries. Most of these are found in the tropical Amazon basin and require visitors' permits available for modest fees. Last year, these natural protected areas clocked record numbers, as 1,184,515 visitors explored the 35 zones protected by the SERNANP state agency- 150 thousand more than in 2011.

The ruins of Machu Picchu Citadel are on every traveler's bucket list, so it's no surprise that the most visited protected area in 2012 was the UNESCO Natural and Cultural World Heritage Site Machu Picchu Historic Sanctuary, where 244,166 tourists arrived, 3.63% more than the previous year. Were it not for the visitors' limits, measures taken to prevent environmental damage to the Inca Trail to Machu Picchu and the citadel itself, those numbers would probably have been much higher. Luckily, other restraints, such as on cable cars and helicopters, are also in place and strictly enforced in order to ensure that this priceless site remains available for future generations of travelers. (That hasn't quelled complaints from the ecologically minded, however: international conservation groups such as World Parks Endowment have been lobbying the Peruvian government for the creation of a large "Inca National Park" which would expand the sanctuary into the neighboring Vilcanota and Vilcabamba mountains.)

Next on the list was Paracas National Reserve, located in the Ica Department south of Lima. Although it includes the desert coast of Paracas Bay, two thirds of the reserve is ocean. Its leading attraction is the Ballestas Islands, whose abundant marine wildlife includes playful sea lion and Humboldt penguin colonies. 213, 947 people visited the islands in 2012- 46% more than the previous year.

Titicaca National Reserve, with over 100 thousand visits to Lake Titicaca, its traditional islands with Aymara and Quechua roots, the Floating Islands of Uros, and the surrounding territory. The snowcapped mountains of Huascarán National Park, which form part of the Andean Cordillera Blanca (the world's longest tropical range) also received over 100 thousand visits. Its expansive views of jagged peaks, pre-Columbian ruins, alpine lakes, and glaciers offer a pristine backdrop for a variety of adventure and nature activities for all fitness levels. Huascarán actually boasts some of the best mountain climbing and trekking, white-water rafting, mountain biking, and horseback riding in the Americas.

This means that by SERNANP's count, the most visited areas were all nature reserves, followed by historic sanctuaries and national parks. One surprising omission from these top spots is Manu National Park & Biosphere Reserve, probably Peru's most famous national park, as well as its largest. Believed to be the most biodiverse area in the world, it stretches from the eastern slopes of the Andes down through the Amazon basin. Ten percent of the world's bird species call this site home, along with indigenous communities and rare animal species including black caiman, pink dolphins, and the highly endangered giant river otters, of which fewer than a couple hundred probably exist. Part of the problem leading to relatively low numbers of visitors to Manu Biosphere Reserve is limited access- it's pretty much only accessible by light aircraft, visits are limited to the cultural zone, eco-lodges are few, and trips require more time and money than other excursions available in Peru.