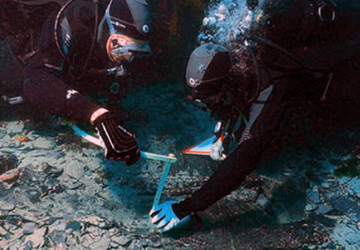 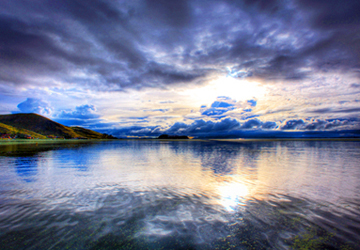 Expansive view of Lake Titicaca between Peru and Bolivia 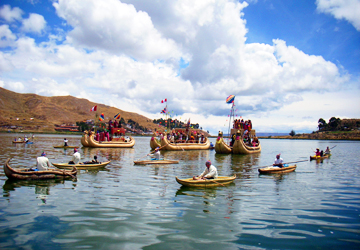 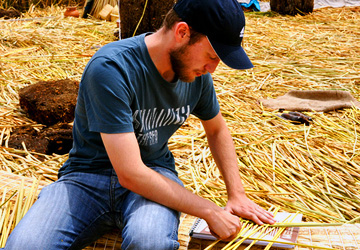 Learning to work the totora reed on the Uros Islands 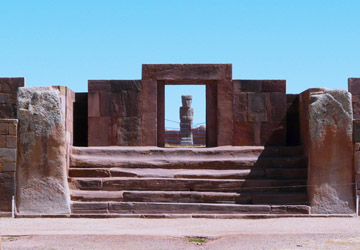 Long-considered sacred by pre-Columbian cultures, Lake Titicaca stretches between Bolivia & Peru at 13,000 feet over sea level. This massive lake has seen the rise and fall of various cultures, from the formative era through the Kingdom of Tiahuanacu, Inca Empire and the Spanish colonial period. According to the Belgian and Bolivian researchers of the Huiñaimarca Project, its cold waters have protected the remains of these civilizations from light, oxygen, temperature flux, locals, and raiders for more than 2,000. The project, sponsored by the Ministry of Bolivian Cultures & the Free University of Brussels hopes to learn the secrets these remains can tell through a revolutionary plan of subaquatic archeology.

Belgian researcher Christopher Delaere indicated that these sophisticated subaquatic archeological excavation techniques are unprecedented in Bolivia (although they are already being employed throughout the Mediterranean). Delaere's co-director, Bolivian investigator Marcial Medina, has added that Huiñaimarca is "the first bi-national attempt to investigate with techniques and methodology in accordance with 21st century scientific needs."

A score of Belgian, Bolivian, Peruvian, Spanish, French, and Italian archeologists, mostly divers specialized in subaquatic archeology, will vacuum the lake's sediment layer by layer and use sounding and stratigraphic stripping to investigate numerous pre-Columbian coastal sites, especially of the Tiahuanaco culture, which are currently underwater.

The first stage of excavation is slated for June and July of this year, although the project officially launched in April 2012 with geophysical surveying. This past February, the first immersions permitted the team to locate and identify six submerged archeological sites in what is known as the lago menor (the lake's smaller sub-basin, connected to the larger sub-basin only by the narrow Tiquina Strait; it's also known as Wiñaymarka). Dalaere announced the discovery of residential and ceremonial structures as well as agricultural terraces. "There are almost 600 km2 of territory of the Tahuanaco culture within the water," he confided, findings expected to confirm the models of historical fluctuations of Titicaca carried out by the Belgian university.

The project is slated to last three years and will have to confront a host of difficulties from equipment availability to altitude. "Diving there at a depth of 10 meters is like diving at 20 meters in Europe, which reduces the immersion time by half", explained Delaere. Between sponsors and a planned documentary, they hope to cover the 78.000 EU estimated cost, which includes the cost of bringing the necessary equipment to Bolivia. "Latin America is, still, a unexplored magical world, where myths are lived and felt in all of the communities which do not have frequent contact with the large cities", said Medina.