Turning to Alternative Treks: Inca Trail to Machu Picchu Sold Out Until Mid-June 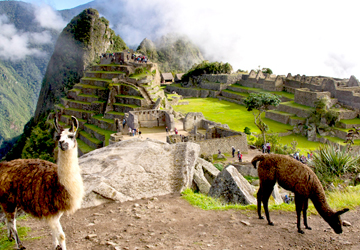 Llamas grazing within the Inca Citadel of Machu Picchu 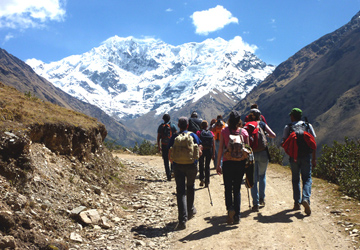 Embarking on the Salkantay Trek to Machu Picchu 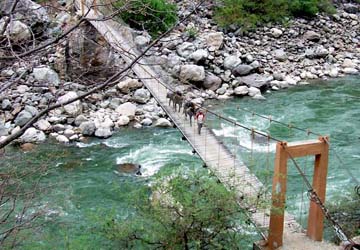 Crossing the river during the Choquequirao Trek 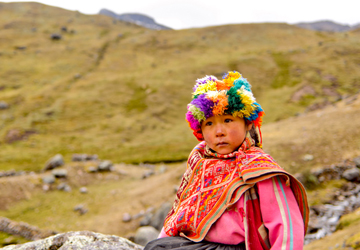 Traditionally dress girl in the Lares Valley near Cusco 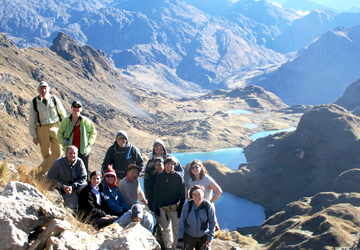 Posing in front of a pristine Andean lake in Lares 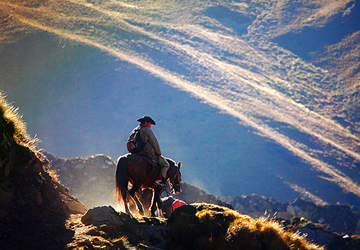 Lone rider overlooking the peaks along the Salkantay Trail. 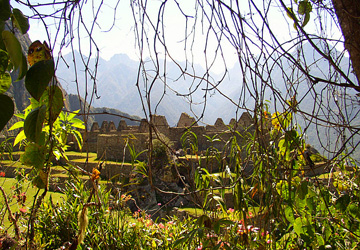 View of the ruins of Machu Picchu Citadel through the vines.

Each day a maximum of 200 travelers tackle the 4-Day Inca Trail to Machu Picchu, setting off from the Sacred Valley and ascending into the Cloud Forest en route to the fabled Ã¢Â€Â˜Lost City of the Incas'. By arriving on foot, one gets covetable views of Machu Picchu at the first light of the sunrise from the iconic Sun Gate before descending into the citadel. Hikers also enjoy having the site to themselves for an hour or more before the buses arrive.

As expected, permits for the strictly controlled Classic Inca Trail to Machu Picchu sold out from this Saturday all the way through April, May, and June to July 12th. (For those of you on summer vacation, that does mean that there are still Inca Trail permits available during the final two weeks of July, and in August as well.)

The nonrefundable, nontransferable permits only be secured by reserving with an authorized trekking company like Inca World Travel, which is a licensed operator for Inca Trail treks. Despite the overwhelming demand for the Inca Trail, there are actually a variety of alternative treks to Machu Picchu, which are not as well-known, and thus lack some of the cache of the Inca Trail, but which each have their own character. These more affordable options can be booked with less notice, cost less, and are less trafficked:

Lares Valley Trek: A slightly higher-altitude 2-3 day trek which begins among the traditional Andean villages of the Lares Valley and passes snowy peaks and pristine lakes as it approaches Machu Picchu from the east, relying on train for the final stretch.

Choquequirao Trek: This unforgettable adventure involves a longer and harder trek but through more unspoiled areas, winding through the Apurímac Canyon en route to Choquequirao (Aymara for Cradle of Gold), remotely perched upon a high ridge. An astonishing recent discovery, it's still largely underground but can be visited despite the excavations. The trek then continues southwest to its "sacred sister", Machu Picchu Citadel.

Salkantay Trek: This trek passes around snow-capped Salkantay, which the Incas considered a sacred peak, on whose benevolence and glacial water runoff they depended to bring life into the fertile valley below. Looping around rather than scaling the peak, it approaches Machu Picchu from the south.