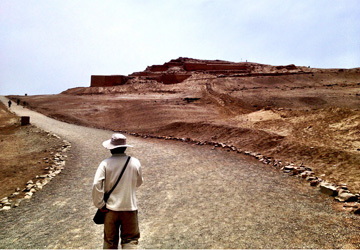 Following a path in Pachacamac Sanctuary near Lima 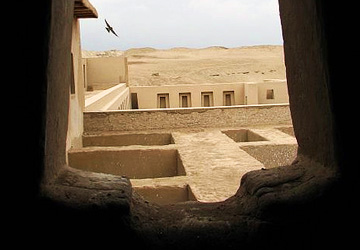 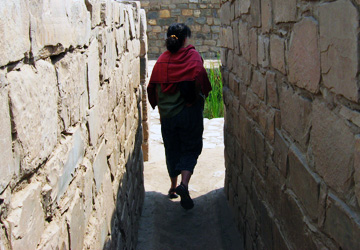 Woman walking along a prehispanic passageway 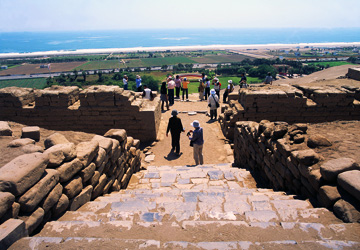 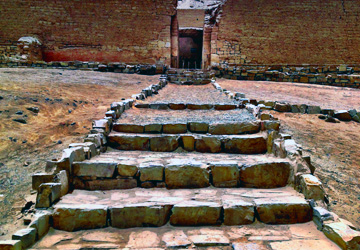 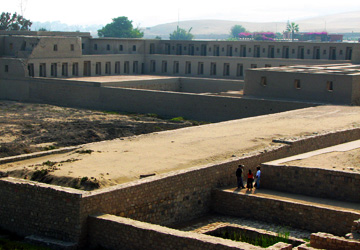 The sacred adobe city of Pachacamac

As of this week, you can now travel the same path that pilgrims walked more than half a century ago, hiking past ancient streets, adobe walls, temples, and water channels towards the spot where the famed Pachacámac oracle once resided. After two years of work by archeologists, a new touristic circuit known as the Pilgrims' Route was opened in Pachacámac Sanctuary Archeological Complex just outside of Lima, Peru.

The sanctuary was once the principal place to render cult to Pachacámac, a deity associated with earthquakes and venerated all along the central coast of the Inca Empire. However, both the deity and the shrine were more ancient than the Inca, even predating the Wari, who the Inca conquered to take possession of the site. It was the Yschsma, Chancay, and Lima cultures before them who first worshipped Pachacámac as the creator of the universe and consecrated the site to him.

In the 6th century (about a century after it was first built), the sanctuary reached the zenith of its popularity due to the rising fame of its oracle, which would become the southern coast's preeminent oracle and was consulted even by ruling Incas on weighty matters.

The new route begins at a lookout from where one can appreciate almost all of Pachacámac Sanctuary and continues for almost a mile, rising 4,100ft in the process. It enters the public part of the sanctuary by following a ramp along the Pyramid Complex and the Palace of Taurichumpi.

Two different stretches of the Qapac Ñan (the extensive system of trails and roads that united the Inca Empire) united in the Pilgrims' Route, a path hailing from the Andes and a path from the coast. This emphasizes the former importance of the route.

Although the site continues under excavation, many of its palaces, temples, and plazas can be visited. Among the most important are the House of Chosen Women (the Acllahuasi), the Temple of the Moon (the Mamaconas), the Pilgrims' Plaza, Temple of Urpi Huacha, the destroyed Temple of Pachacámac, and the shrine which held the oracle itself, the trapezoidal Temple of the Sun. There is also a site museum displaying relics unearthed at the site, including a carved totem believed to represent Pachacámac, which was recovered from the painted temple.

Digs carried out while preparing the route had the additional benefit of unearthing a large tomb used for mass dog sacrifices, which also contained funereal offerings such as copper jewelry and vases.

The route can be traveled during the sanctuary's normal visiting hours: Tuesday through Sunday, 9am to 5pm. Visitors who decide to try the hike will learn how pilgrims who arrived to the zone lived, what type of offerings they brought to leave at Pachacámac's shrine, as well as the remodeling undertaken by the Incas when they adopted the site to provide water to the sanctuary.