This Year's Events at the Virgin of Candelaria Festival in Puno 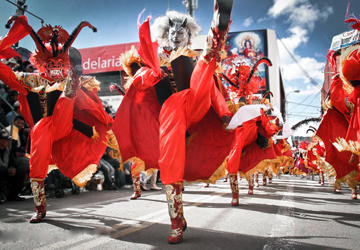 Diablada dancers during a Virgin of Candelaria parade 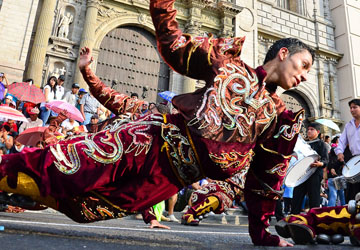 Dancing for the Virgin of Candelaria in Puno, Peru 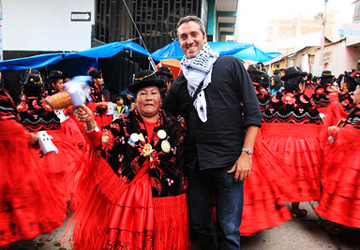 Posing with a woman in traditional Andean dress 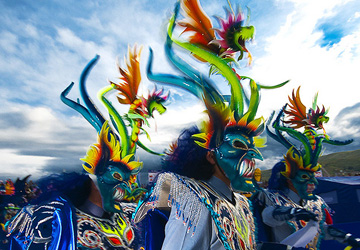 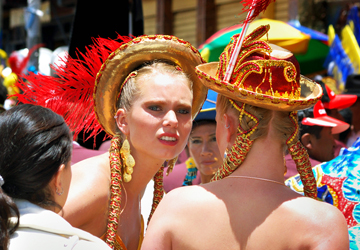 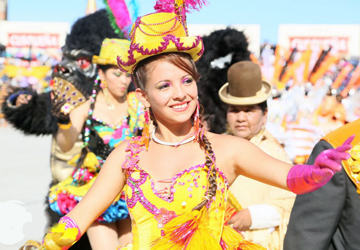 Intricate costumes are prepared for the festival 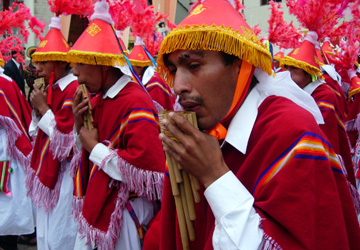 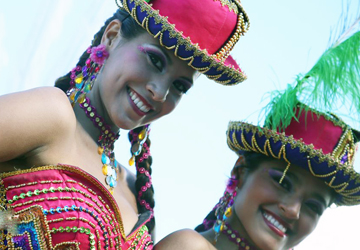 Virgin of Candelaria dancers in Puno near Lake Titicaca

It's being estimated that more than 30 thousand foreign and domestic travelers will visit Puno this year to take part in one of South America's most sensational festivals, the Virgin of Candelaria Festival, which takes place the first two weeks of February each year.

The history of Puno goes back more than a millennia (its famed Floating Islands of Uros are home to what is perhaps the oldest living culture in the Americas). Spectators at the Virgin of Candelaria festival have the unique opportunity to witness hundreds of folkloric dances from different stages of this history: pre-Columbian dances from the Aymara and Quechua cultures, colonial mestizo dances with Spanish and African influences.

Arrangements for the massive event are well underway. Yesterday, Puno's Queen of Folklore was crowned, one of the events which kickstarts the weeks of festivities for the Virgin of Candelaria. The first large event will be the Entrance of the K'apus this Feb 1st, for which provincial governors from all over the Puno region are now preparing. The event is Peru's largest cultural manifestation, showcasing the wealth of music and dance styles in the country's folkloric capital.

More than 40 thousand dancers and 5 thousand musicians will take part in the festival's competitions and parades, the largest of which are listed here:

The Queen of Folklore is crowned at the Coliseo Cerrado

12pm: Entrance of the K'apos, followed by ritual offering to the Pachamama

5pm: Procession of the Virgin of Candelaria (from San Juan Bautisa Sanctuary to Puno's Cathedral), followed by fireworks and festivities

2pm Main Parade, featuring Indigenous Dances by each of the rural countryside communities

7pm Evening mass at the Sanctuary of the Virgen of Candelaria, followed by fireworks and dances