The Route is Set: This January Dakar 2013 will begin in Lima 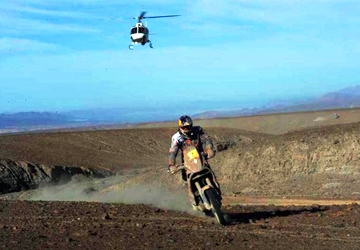 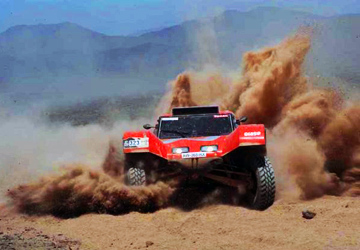 Trailing dust clouds towards the Dakar Rally finish in Lima, 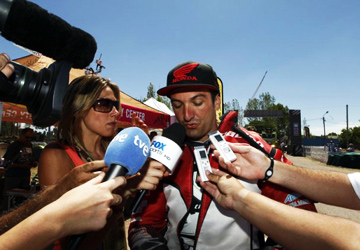 Veteran race JP Fontenay is interviews in between stages. 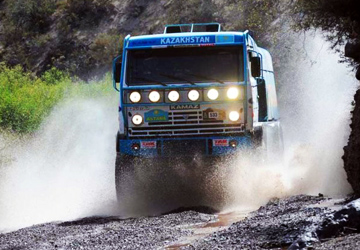 Cars and bikes of every stripe take on varied terrain. 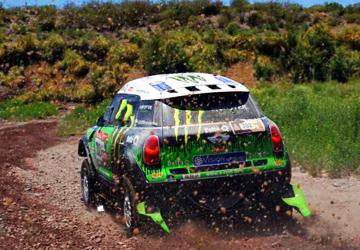 In pursuit of off-roading glory during last year's Dakar Ral 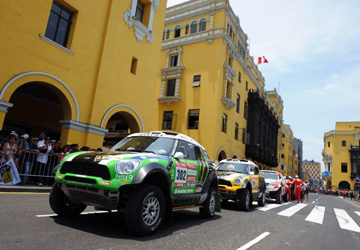 Last of the line in Lima, Peru's "City of Kings" 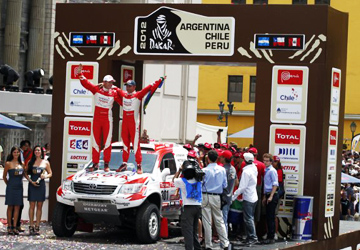 The organizing team for Dakar 2013, the world's most demanding rally, has set the route for the coming race. Over the last thirty-five years, the race has gained an ever-increasing roster of die-hard fans. Although it originally set off from Paris and traversed the Sahara desert en route to Dakar in Senegal, safety concerns caused the switch from Africa to South America five years ago. The challenging South American terrain has allowed the race, which has claimed a number of lives during its history, to continue with no loss of drama.

Residents of Peru's capital, affectionately known as the City of Kings, came out in force early this year at the end of Dakar 2012- more than a million spectators gathered to welcome the drivers as they rode into Lima, Peru for the win. In contrast, Dakar 2013 is turning the race on its head: this January 5th, the racers will speed out of Lima as the race's starting point and finish in Santiago fifteen days later. As Dakar director Etienne Lavigne explained, "Peru, Argentina and Chile, explored on a north to south journey, will offer the Dakar a different angle of attack on the Pacific Coast, the Atacama's dunes and the Andes Mountains".

Declarations on the rally's official website exhibit its customary boldness: "Dakar 2013: Exceptional is the Watchword." The new route means that racers will have to tackle the sandy and rocky dunes along Peru's desert coast in the very beginning of the race. Dakar's Sporting Director David Castera predicted that this will lead to more drama and some big gaps early on.

This is the first time in Dakar history that the race will begin in the middle of the desert, and things won't get any easier once the drivers reach the Andes Mountains. After 5 stages in Peru, there will be 5 more in Argentina, some of which will be exceptionally long in a test of endurance. Finally, drivers will enjoy a rest day in Argentina's San Miguel de Tucuman.  As drivers leave Gaucho country, they'll have to contend with the unwelcoming Atacama desert in Chile in the largest chain of dunes that racers have ever had to face. All in all, they will face 4,970 miles of varied and challenging terrain before the race's end in Santiago. As veteran racer and 1998 Dakar winner Jean-Pierre Fontenay warned, "It will be tough out there" He later added, "They'll be very pleased even to reach the rest day."

Lima isn't the only city that will be feeling the love this year- Arequipa in southern Peru expects a huge tourism boost much like last year, with 10,000 tourists expected to visit the White City on January 8th.