The Peruvian Amazon: A Carnaval Unlike Any Other 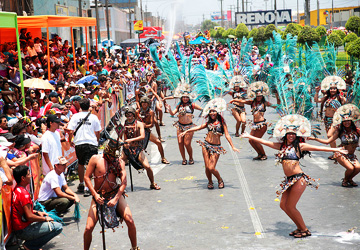 Dancers parading in Iquitos for the Amazon Carnaval. 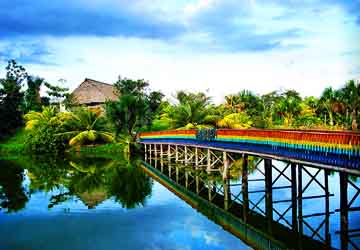 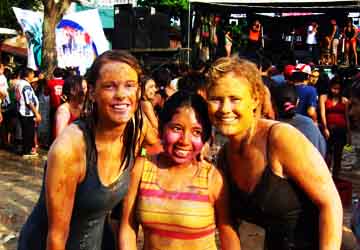 Casualties of the water and paint fights of the Amazon Carna 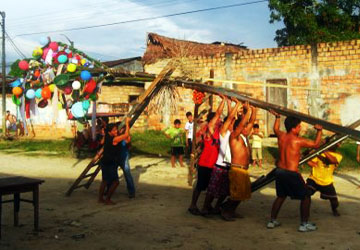 Preparing the Humishas in Iquitos in the Peruvian Amazon 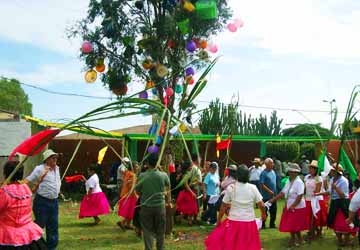 Dancing around an Humisha in Iquitos, Peru 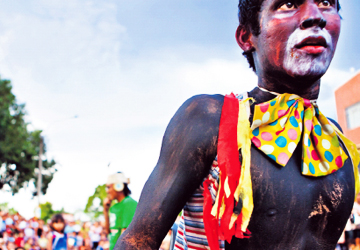 Painted dancer during the Carnaval of Iquitos 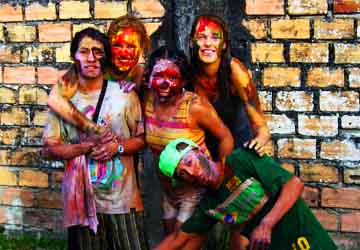 Painted and soaked revelers in Iquitos during Carnaval 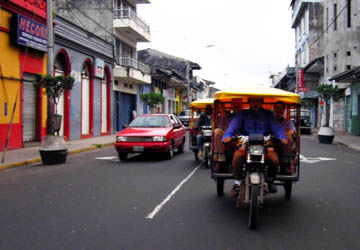 The most prevalent transport in Iquitos, Peru- motor-ricksha 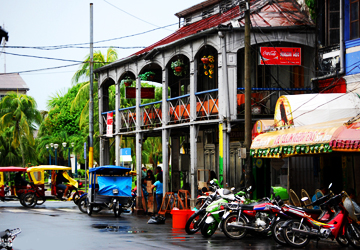 A street-scene in the Peruvian Amazon's capital city, Iquito 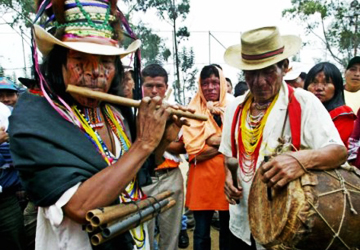 Musicians during the Amazon Carnaval in Iquitos, Peru 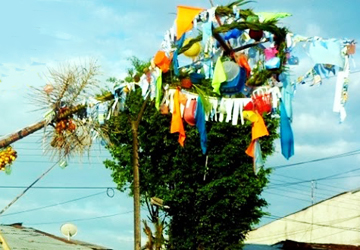 A falling humisha in Iquitos during Carnaval 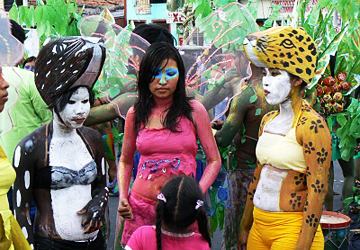 Costumed revelers during the Amazon Carnaval in Peru

One of the most animated and known Carnavals of Peru is quickly approaching- the Amazon Carnaval, based in Iquitos, the largest city of the Peruvian rainforest, and 6th largest city in Peru. A vibrant celebration heavily influenced by Amazonian myths and Amazonian culture has made the Iquitos Carnaval one of the most notable in Peru.

Iquitos is located on the left bank of the Amazon River, within a triangle of rivers that make it a fluvial island, inaccessible by road but reachable by air or from other Amazonian river ports. There, busy streets bustle with thousands of auto-rickshaws known as moto-taxis or tuk tuks, while vendors hawk traditional cuisine such as the banana leaf bundles of rice and chicken known as juanes, and the fried plaintain tacacho dish. Extravagant buildings bearing witness to 18th century missionaries and the heyday of the early 20th century boom that gave rise to wealthy rubber barons.

Alongside the new-age shamanistic interest in the hallucinogenic ayahuasca, the city is popular for the ethnic communities around it, for acting as the gateway into the Peruvian Amazon, and for its Festival of San Juan Bautista and its Carnaval.

The city has announced that the principal activities of this year's Carnaval will take place from February 7th through 10th. Ten indigenous communities will be participating, including the Shawi, Cocama, Maijuna, Yagua, and Candoshi. Festivities will include float contests and parades, costumed dance groups, and traditional food stands. One of the first events is the dancing and body painting contest. As in other Peruvian cities, water fights erupt throughout, often with the aid of cabaciñas, and are more or less inescapable for locals and visitors alike.

The city's neighborhoods begin preparations months in advance, most of them creating humishas, Huasaí palm trees adorned with gifts, balloons, fabrics, streamers, and other decorative elements. In the beginning of Carnaval, the trees are danced around until morning. Afterwards, revelers will take turns taking an ax to the tree blindfolded, as with a piñata. When the tree falls, revelers scramble for its goods and the person who felled it will become responsible for organizing the following year's humisha. There are contests among the city's neighborhoods for the Best Humisha and the Most Decorated Street. It is hoped that this year's Carnaval exceeds its predecessors, in honor of the 150th anniversary of the founding of the River Port of Iquitos.