Sacred City of Caral Celebrates New Findings on Its Anniversary 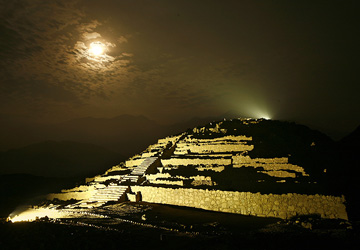 The main pyramid of Caral Archeological Complex near Lima 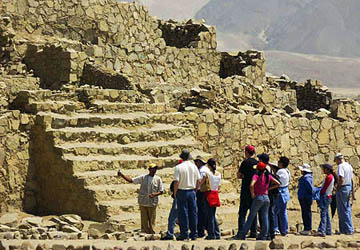 Exploring the ruins of the Sacred City of Caral 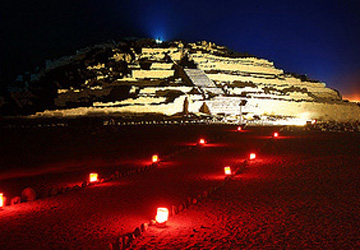 The brilliantly lit Caral ruins at night, in Peru's coastal 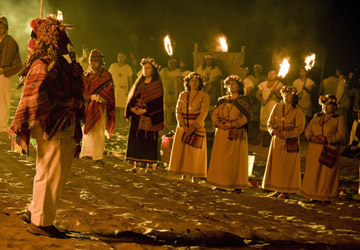 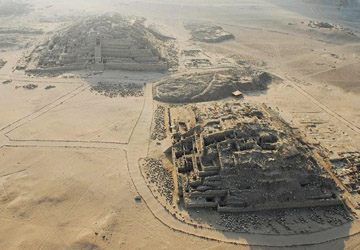 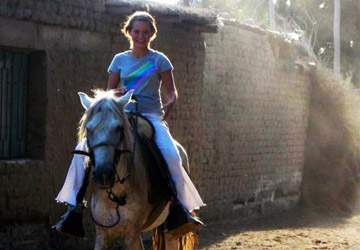 Horseback riding in the Supe Valley

This month, the oldest civilization of the Americas (contemporaneous with Egypt and Sumeria) celebrated the 19th anniversary of its discovery. As part of the traditional celebrations hosted by the archeological team at the sacred city of Caral, the newest archeological findings were announced, proving yet again that there is still so much to discover about the pre-Incan civilization which built Caral 5,000 years ago and controlled Peru's desert coast for more than a milennia before likely succumbing to the stresses of climate change.

According to head researcher Ruth Shady, archeologists have recently uncovered a path they are calling Social Integration Street, which connects the elite center with a humbler outlying district. The presence of public buildings in the outlying district indicates that both areas were connected by the same social and cultural system. Currently, she is working on 11 different settlements.

Over the weekend, the events of Caral Raymi (as the celebration is known) kicked off with a ritual bonfire and offerings to the Pachamama (Mother Earth), and a new community museum was inaugurated alongside the "Taste of the Land" food fair and "Runa Raymi" cultural fair.

The Sacred City of Caral is located 3 hours north of Lima, although you can contract a tour with Inca World Travel which begins and ends in Lima. Those who choose to go independently should consider arranging nearby lodging for the night, but can take advantage of the more flexible schedule by engaging in some additional activities, such as horseback riding through the Supe Valley.