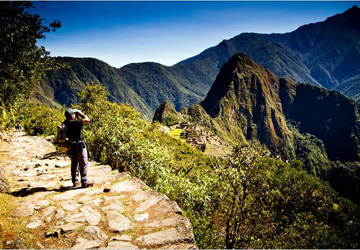 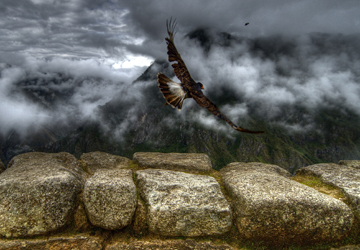 Caracara flying over the Inca ruins of Machu Picchu 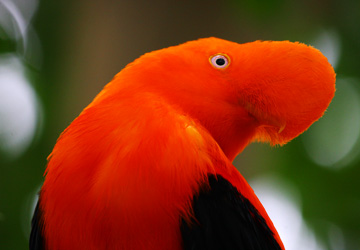 Andean Cock-of-the-Rocks in the Peruvian cloud-forest 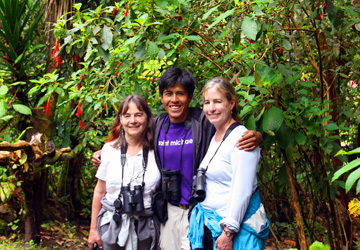 Posing with guide while birding in the Amazon Rainforest 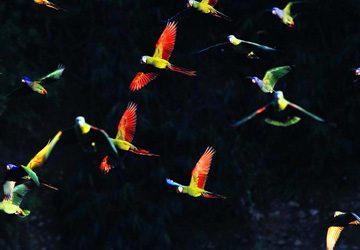 Birds in the Tambopata Reserve in the Amazon 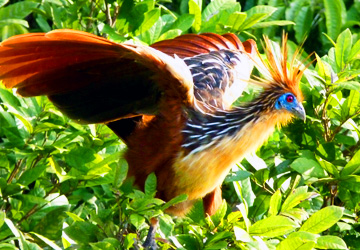 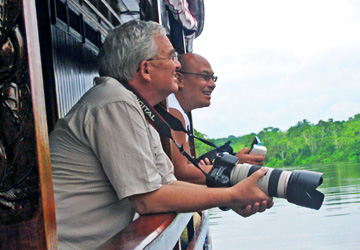 Birdwatching on boat along the Madre de Dios River 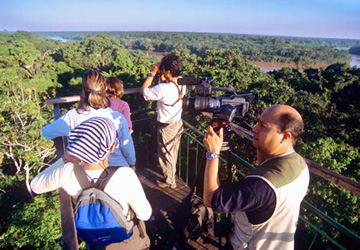 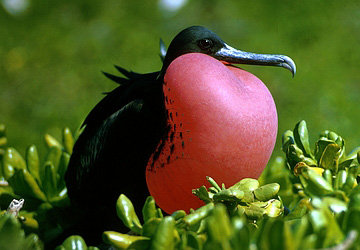 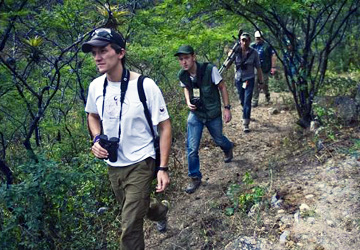 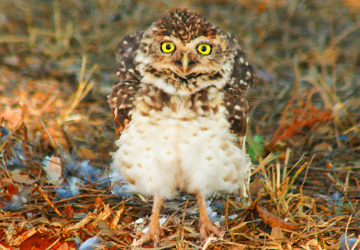 Frightened owl in the brush 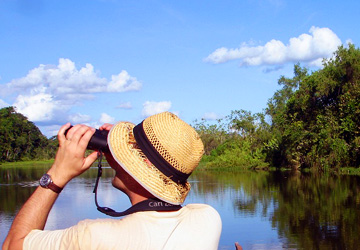 Birding at Oxbow Lake in the Amazon jungle 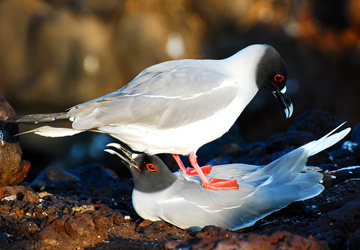 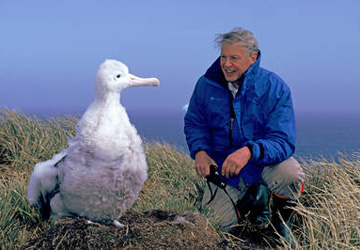 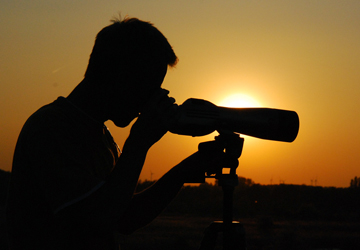 Famed American field onithologist Theodore Parker III once said, "Peru offers bird enthusiasts more than any other country in the worldÃ¢Â€Â¦ Being here is like being a child visiting a huge store filled with new and fascinating toys". He wasn't exaggerating: the South American country boasts more than 1800 registered species- close to 20% of the world's total, and more than found in all of North America and Europe combined. Of these, more than 300 are endemic. From the cacophonic parrots and macaws in the jungle's clay licks, to the giant endangered Andean Condor in Colca and Cotahuasi Canyons (the deepest in the world), to the Andean Cock-of-the-Rock near Machu Picchu with its distinctive mating dance, Peru has a lot to offer modern birders.

Peru holds the record for the most species in a single place (650 in the area surrounding the Explorer's Inn lodge in the jungle of Tambopata) and the record for the highest number of species seen in a single day (361 in the area surrounding the Biological Station of Cocha Cashu, in Manu National Reserve). The current worldwide "Big Day" record was established in Peru in 1982, by a team of birders in Manu National Park, who recorded 331 species while only walking and paddling canoes.

In their ongoing effort to promote the country, PromPerÃƒÂº (the Commission for the Promotion of Peru for Exportation and Tourism) has arranged Arequipa's first "Big Day", as one-day bird watching contests are known worldwide. In a period of 19 hours, birding teams covered more than 600km as they explored the National Reserve of Salinas and Aguada Blanca and the Mejía Lagoons National Sanctuary. The "Los Huarequeques" team won the competition with 121 species sighted, equivalent to 8% of the birds which exist in PerÃƒÂº. The runner-up was the "Peregrinos", with 115 birds sighted. Both of the top two teams received prizes and were originally chosen in a national campaign, launched this past March vía Facebook Visit PerÃƒÂº, with 2,639 people participating.

Despite Peru's legendary reputation as a biodiverse paradise, the birding sector of the economy- known in PerÃƒÂº as aviturismo is only just beginning to gain ground. According to Prom-Peru, three million birders travel internationally each year, but Peru is only currently attracting 15,000 of them annually, despite its vast potential. That's a pity, as such travelers spend at least a week in the chosen country, and spend 1.5 times more than a traditional tourist. This means that such tourists could be a great help to the country's social development and environmental conversation goals.

The sea, desert coast, high Andean plains and mountains, cloud-forests and jungle provide unique and fragile habitats for birds which you won't see anywhere else. Six new bird species were discovered last year, including the Junín Tapaculo, which boasts a unique song of rapidly repeated series of ascending phrases and is found in the cloud-forests of the eastern Andean slopes. In the last 30 years, 42 birds species have been discovered.