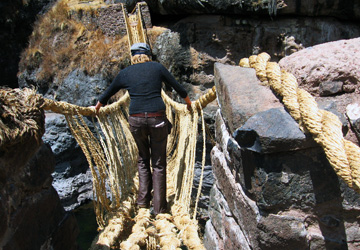 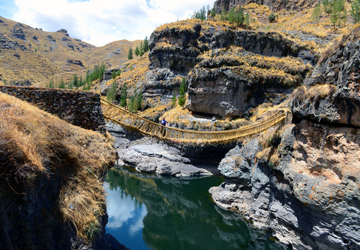 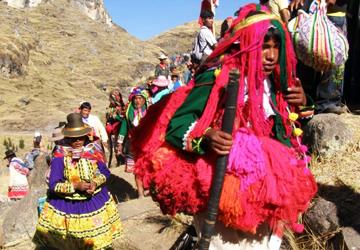 Traditional dances are part of festivities at Qeswachaka 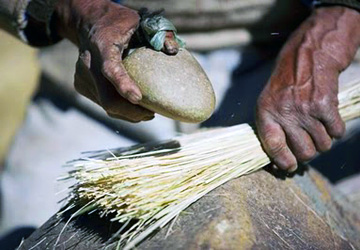 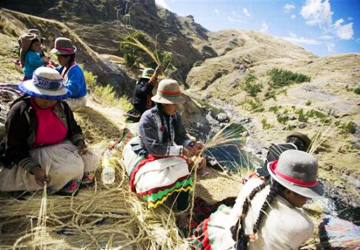 Weaving together the ichu grasses for the bridge 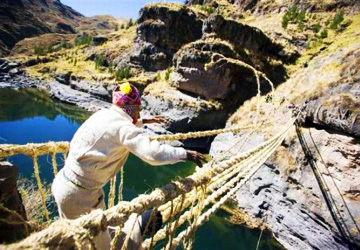 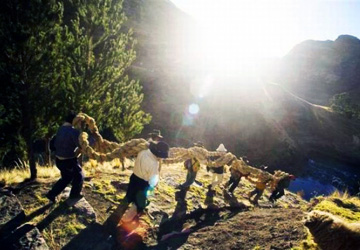 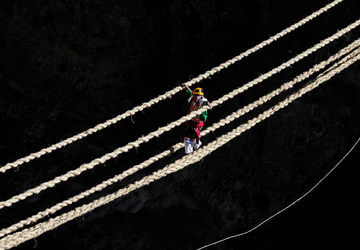 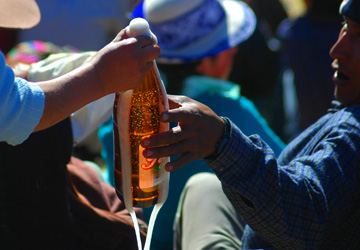 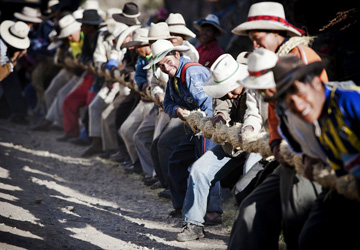 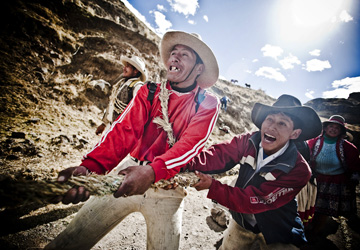 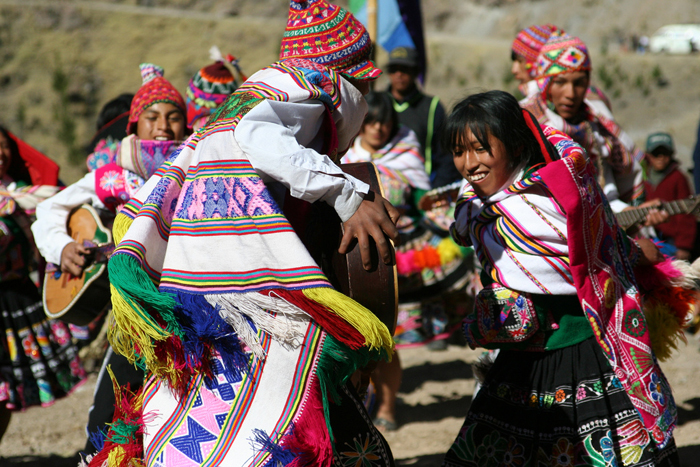 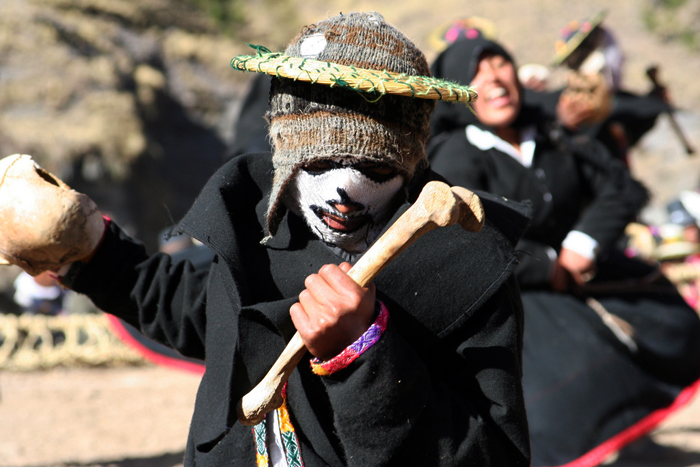 Crossing Q'eswachaka bridge can be hair-raising for safety-minded travelers, despite its common local use. It provides a taste of the life of ancient Peru, however, as does witnessing the work and festivities surrounding the bridge and its renovation each year. This year, it all begins on June 8th.

Q'eswachaka is a hanging bridge woven from the ichu grasses which populate the high Andean plains. It has spanned the Apurímac River in the Quehue district near Cusco, Peru since the time of the Incas and is still in use by locals and travelers alike. Because the woven bridge is more earthquake resistant than stone bridges, it luckily survived the colonial era and is commonly referred to as the last Inca bridge.

Each year, members of the Winch'iri, Chaupibanda, Ccollana Quehue and Perqaro communities renovate the nearly 100ft bridge using the same methods and rituals that they have for centuries. l

The large stone structures with trunks tied to them which anchor both sides of the bridge have remained unchanged throughout the passage of time, but the woven and wooden parts of the bridge are renovated under the supervising specialists which the Incas called mitmaqs.

The minka work model includes splits the labor and festivities over four days and divides responsibilities by gender. On the first day, there is a ritual honoring the mountain deity Apu Quinsallallawi and the collection and the braiding of the ichu grass. During the second day, the current bridge is disarmed by removing the stone nails which sustain it, and 4 cords are laid to act as the foundation of the new structure. On the third day, the handrails and walking surface are laid. Finally, on day four, it's time to celebrate with dances and feasting, as communal work was always considered a celebration by ancient Peruvians.