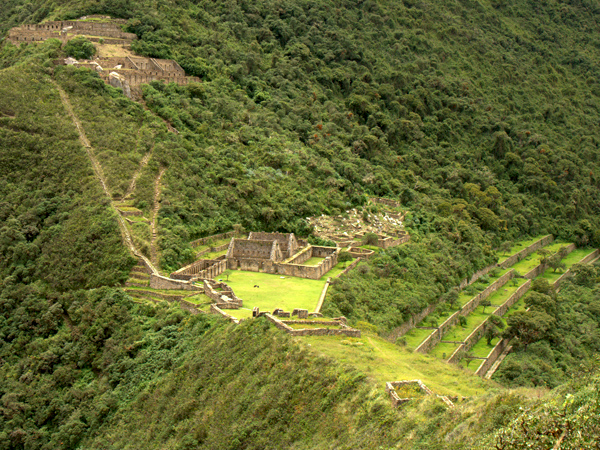 The Inca ruins of Choquequirao near Cusco, Peru. 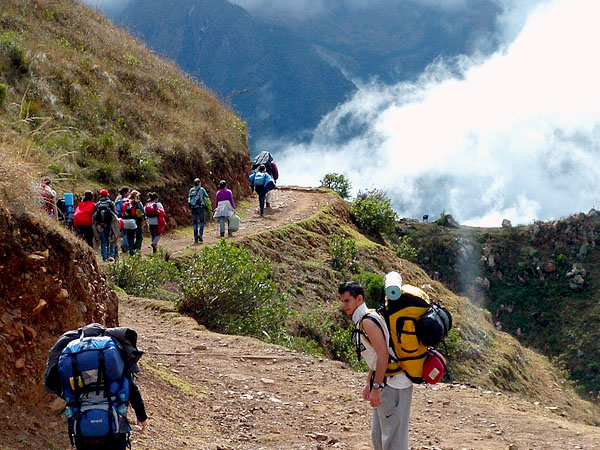 Trekkers hiking to the Inca ruins of Choquequirao 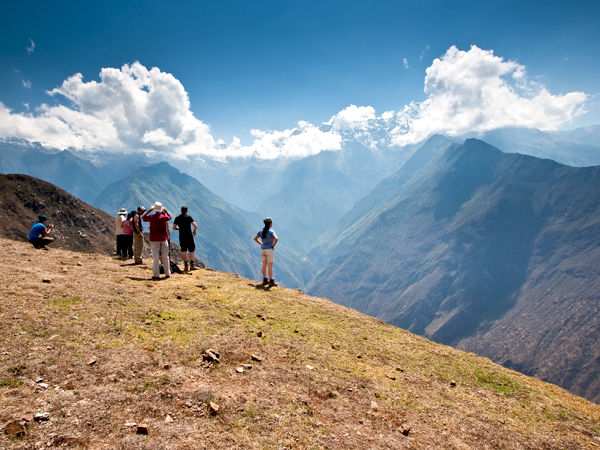 The Inca ruins of Choquequirao near Cusco, Peru.

The lost city of Choquequirao (Aymara for "Cradle of Gold") was hidden for centuries in the high-altitude jungle on a mountainside overlooking the tropical Apurímac River Valley, saved thanks to its remoteness. It was constructed in the late 1400s by successors of Pachacutec, the supreme ruler of the Kingdom of Cusco and the storied Inca Empire. In the turbulent times of the Spanish Conquest in the following century, Choquequirao remained an Inca stronghold. It is thought to have been built by Topa Inca and for the same religious, agricultural, and retreat purposes as Machu Picchu, but other than this site is still shrouded in mystery and is still only 30% unearthed.

Despite tales of the grandeur of the ruins of Choquequirao- exceeding sister site Machu Picchu in size despite being only partly unearthed- the site has not yet become a required stop for visitors to Peru. This is because the site has remained relatively inaccessible. Those interested in visiting Choquequirao Archeological Complex would arrive by trekking through the Andes, even crossing the Apurímac in unsteady baskets hanging from cables. While this method of reaching the ruins is certainly worth it for those with the time in their itinerary to first acclimatize and then undertake it, for Choquequirao to become a more well-known site some basic investment was called for. Thus, the regional government of Apurímac sign in June 2012 a contract with the Ecotourism Consortium of Choquequirao for the creation of a cable-car route which, when completed, will span Apurímac canyon. For now, this development is still in the planning stage, but hopes are that the site, and the priceless insight into pre-Columbian cultures that it provides, will become readily accessible with only a 30 minute journey and alleviate some of the pressure on Machu Picchu.

For Traditionalists: The Trek to Choquequirao

The Choquequirao Trail is a challenging but revelatory trek through a stunning landscape. Depending on your starting point, it will get you to the remote site in 7 to 9 days of trekking over tough but stunning landscape from small traditional Andean villages surrounded by glacial peaks through cloud forests and down into the tropical jungle. Along the way, you walk twisting paths through lush fores.