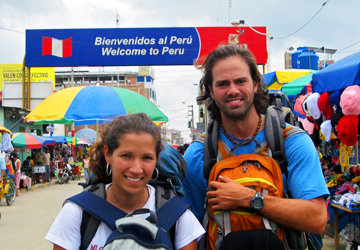 Crossing the border from Ecuador to Peru 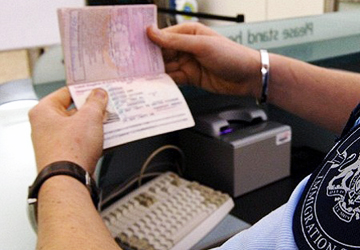 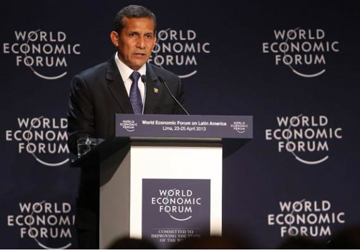 Peru's President Ollanta Umala at the WEF in Lima

Mini Cover. Crossing the border from Ecuador to Peru

Peru's Foreign Trade & Tourism Ministry, MINCETUR, has been promoting an initiative known as "Smart Visas: Ease + Efficiency". During the Travel & Tourism Summit of this year's World Economic Forum in Lima, the governments of Peru, Colombia, and Ecuador signed a Letter of Intent on Smart Tourism recognizing the key role that tourism can play to integrate and develop the region socially and economically. They also committed to coordinating activities to boost tourism and improve visa efficiency.

The letter states that the countries will cooperate in creating a system that "will allow a tourist to obtain their visa via the internet and travel with it through the three countries, avoiding the cost of completing a distinct procedure for each country," affirmed MINCETUR head JosÃƒÂ© Luis Silva. Silva has consistently insisted that "easy and hassle-free availability of visas is one of the basic ingredients for attracting foreign tourists. Increasing international demand for tourism represents a clear opportunity for governments to encourage visitors to spend, thereby stimulating job creation."

The Smart Visa initiative was unveiled during the presentation of Pentur 2012 - 2021, Peru's National Strategic Tourism Plan. In the last decade, the number of international tourists arriving annually grew from 1.1 million to 2.8 million, cuadrupling this sector's revenue generation. According to the projections expressed in Pentur, the number of arrivals is expected to grow 42% in the next 8 years, to 4.4 million. The goal of Pentur is to increase this growth to 67%, with 5.1 million international tourists arriving annually by 2021. It is hoped that the Smart Visa will be operative by the end of 2014.

Arne Sorenson, co-President of the World Economic Forum on Latin America, expressed support for the policy, insisting that participating countries "will experience extraordinary benefits for their economies." It appears that others share his opinion, as Panama has been expressing interest in joining the three present signatories.

Geoggrey Lipman, President The International Coalition of Tourism Partners (ICTP), has lauded the initiative and its sponsor, announcing at the Forum that "This is a much-needed practical action to implement the industry call for smarter ways to move travelers across international borders without compromising security," and adding "I have watched Minister Silva of Peru conceive and implement this initiative over the past 6 months and can only express admiration for his commitment to action rather than talk. ICTP will support this program as it expands across the region and hopefully elsewhere on the continent."