Peru Celebrates the Homecoming of the Gothenburg Shroud 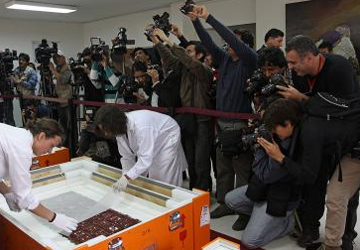 Unwrapping the Paracas textiles from Gothenburg 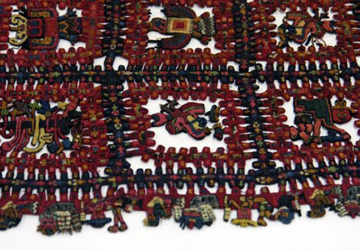 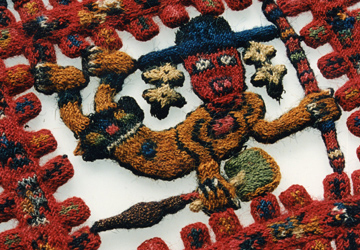 The Gothenburg Shroud is one of the latest successes in a string of victorious attempts to reclaim Peruvian artifacts smuggled out of the country over the last centuries, and the first in a series of shipments from Gothenurg's Museum of World Culture in Sweden. According to chemical tests, it dates back 2,000 years to the Paracas, a pre-Incan culture known for having created impressively intricate textiles.

Textiles are fragile and thus some of the rarest artifacts to be preserved over time; the alpaca shroud was a stunning find because it had been perfectly preserved while buried in an arid climate. It was taken out of the country by a Swedish diplomat eighty years ago, shortly after its discovery. Peru has been trying to retrieve the shroud and other pre-Columbian artifacts from the museum since 2009.

The Gothenburg Shroud, together with the other Paracas textiles returned along with it, is currently on display in Lima and will go on permanent exhibition next year at the city's Archaeology and Anthropology Museum. The rest of 89-piece collection of pre-Columbian artifacts will be returned to Peru in following shipments over the next seven years.