Out of Lake Titicaca: Rise of the Reed Ships 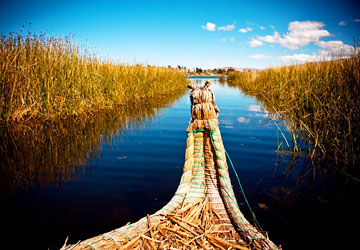 A traditional Aymara ship navigating the reed beds of Titica 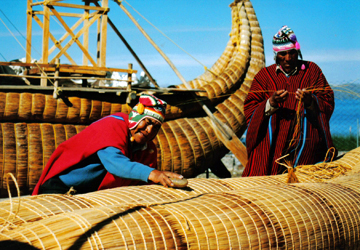 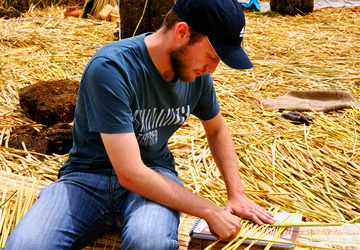 Learning to work the reeds on the Floating Islands of Uros 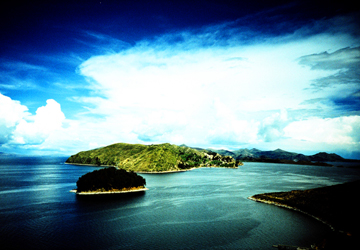 The islands of Lake Titicaca, on the Peruvian side 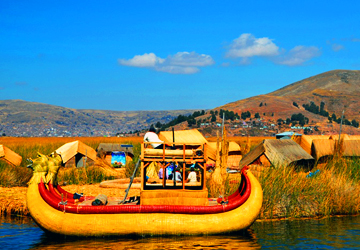 A pre-Columbian reed ship at the Floating Islands of Uros 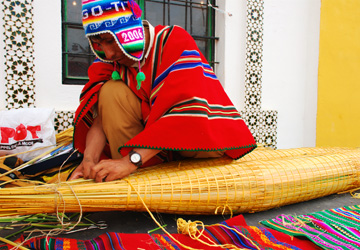 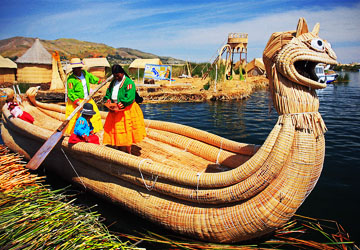 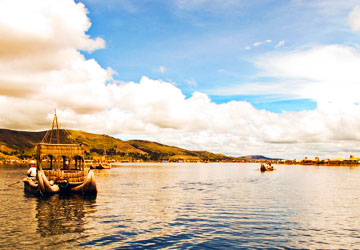 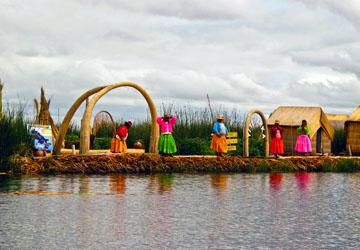 The women of the Floating Islands of Uros on Lake Titicaca 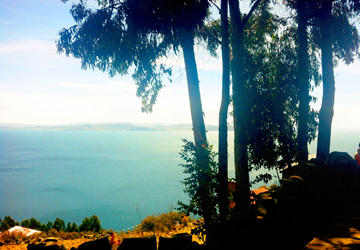 The islanders of Lake Titicaca are known for their prodigious use of the lake's dominant plant, the totora, otherwise known as the bulrush reed. It forms the roofs for many houses, traditional boats, and in the case of the man-made Floating Islands of Uros, the islands themselves.

"When you lay down on a totora boat, it feels like you're levitating," described the Bolivian Foreign minister and Aymara native David Choquehuanca as he inspected the Tunupa ship at Suriqui Island on the side of the lake pertaining to Bolivia. It measures 15 by 4.5 meters, weighs 12 tons, and was built using the same pre-Columbian technologies used for a millennia to cross the cold flat waters of massive Titicaca- with no weights or measures. The Tunupa set sail on Dec 21st to mark the Andean solstice festival.

Although fiberglass and metal motorboats have become more popular due to their speed and durability, the 1,000 residents of Suriqui still devote their time mainly to fishing, fashioning handicrafts, and boatbuilding. Over the last decades, the islanders riqui have built 22 trans-oceanic reed ships. Among them, there was the Ra II, sailed from Morocco to the Barbados Islands in 1970 by a Norwegian adventurer and currently on display at Oslo's Kon-Tiki Museum, and the Viracocha II, sailed from Chile to the remote Easter Island by an American team in 2003.

The ship-building families of the island now hope to build a ship planned to sail from New York to Spain via the Canary Islands in May or June of 2014. "We will be taking totora from Lake Titicaca up to New York to build the ship," said Porfirio Limachi, a boatbuilder and member of the planned expedition's multi-national crew.

Although the most known tour in Lake Titicaca is the Floating Islands of Uros, there are a number of islands of interest on both the Peru and Bolivia side which one can visit: Amantani, and Taquile, and Isla del Sol (which has varied tours of one to three days available from Copacabana)  foremost among them.