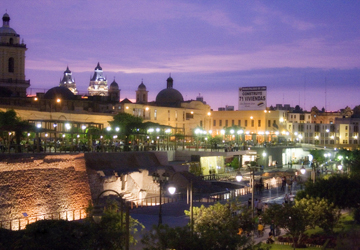 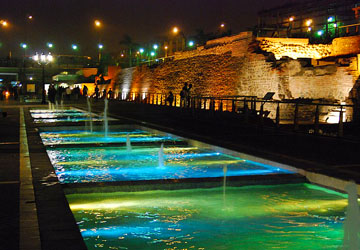 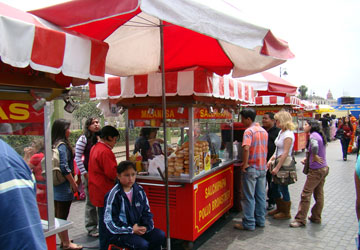 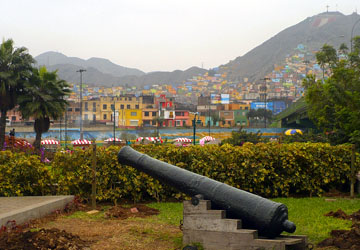 View of San Cristobal Hill and its colorful homes 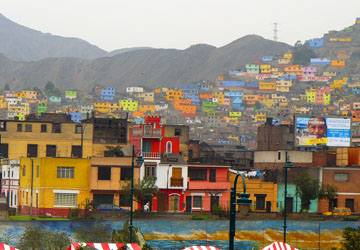 The colorful hillside homes of Rímac 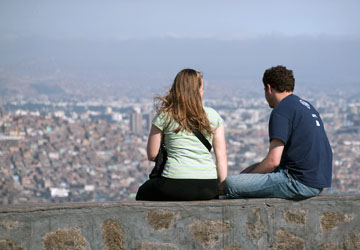 Sitting at the top of San Cristobal, overlooking Lima 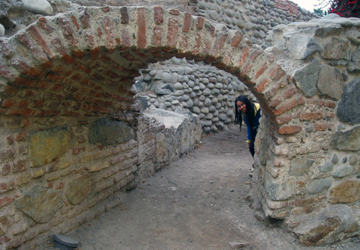 The walls and tunnels of Parque de la Muralla

The Ministry of Culture has approved a plan for a cable car project this September to unite Parque de la Muralla in the city's historical center with San Cristobal Hill.

Parque de la Muralla is located in the historic colonial center of Lima, which is a UNESCO World Heritage Site including the Plaza de Armas and its Cathedral, the Archbishop's and Municipal Palaces, Paseo de la RepÃƒÂºblica, Plaza San Martín, and the Convent of San Francisco with its famous catacombs.  During the 17th century, this historic center was shielded by a city wall (muralla) which was torn down in the 19th century to accommodate expansion, One can view the wall's remains, and other artifacts from the history and development of Lima, at Parque de la Muralla and its onsite museum.

Many tourists already visit San Cristobal hill (located 4,000 m above sea level, between the Rímac and San Juan de Lurigancho districts) to enjoy its views overlooking the city of Lima. On a clear day, one can see as far as the Chorillos and La Punta beaches and the island of San Lorenzo. A museum was opened on the site in 1997, which offers an exhibition on the history of the hill and its cross, and photographs of historic Lima. To reach the top of San Cristobal, one currently has to walk or take one of the small buses known as urbanitos, so the cable car system is expected to be a boon to the area. It will be able to move up to 700 people at one time, at a fare of S/3.50 (soles).

According to Domingo Arzubialde, the Director of the Lima Municipality's Promotion of Private Investment, "The construction of the cable cars is a part of the policy of tourism development in the historical center and is related to the Cantagallo park and the foot paths that replaced roads within the Cercado and Rímac."

Local authorities are currently only waiting on the final engineering plans to commence work on the project, whose budget is expected to reach 8 million soles of mostly private funding and which should be operable by May or June of 2014. Cable cars might feasibly be adopted in other areas of Lima as well, as social assistance projects serving the many poor districts in the hills surrounding the city.