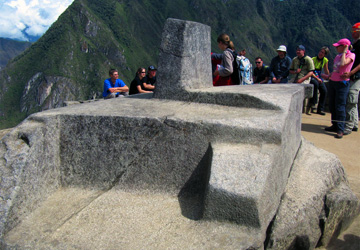 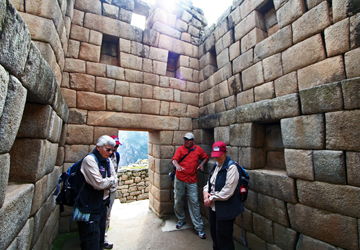 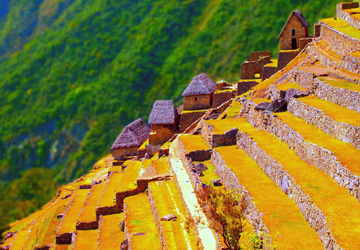 Structures along the stepped agricultural terraces 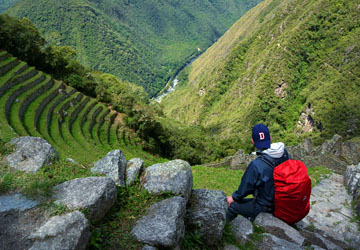 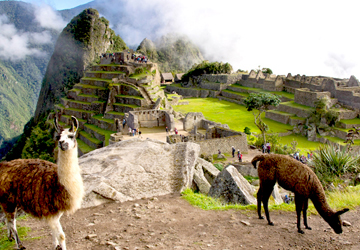 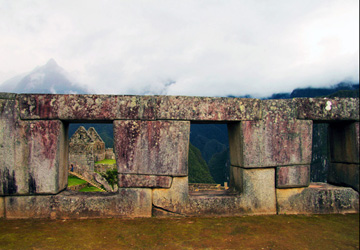 The interest of the Inca in astronomy and its importance to their agricultural calendar, religion, and government is widely known. After all, the center of each Inca town was the intihuatana solar clock- the Ã¢Â€Â˜hitching-post of the sun'. A team of Polish and Peruvian researchers have recently announced the results of their preliminary analysis of a previously unexcavated building in Machu Picchu known as El Mirador (the vantage point), hypothesizing that it was an astronomical observatory used by an elite group of Inca priest-astronomers.

After identifying El Mirador in an inaccessible part of Machu Picchu Sanctuary, along the slopes of Mt Huayna Picchu, Park Director and anthropologists Fernando Astete Victoria invited the Polish team to investigate, as their previous research within Machu Picchu Sanctuary had demonstrated the complexity of the Intimachay observatory. (These sorts of discoveries are not uncommon within the Sanctuary- as you will remember from one of our earlier articles, about a possible royal tomb discovered at Machu Picchu.) What they found is that the structure reveals a new alignment pattern, rather than the south or west-facing ceremonial complexes focusing on the solstice.

According to Professor Mariusz ZióÃ…Â‚kowski, the Head of Pre-Columbian Research Centre at Warsaw University, since 2008 the team has been using 3D laser scans to prepare precise models and surveys of the building, obtaining in this way exact locations and alignments. Their findings were presented in September at the International Conference of the Societe Europeenne pour l' Astronomie dans la Culture in Athens.