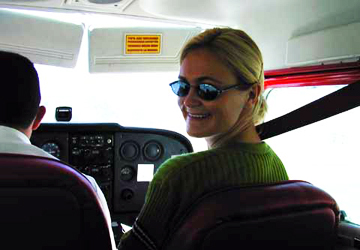 Taking off on a light aircraft flight over Peru's Nazca Line 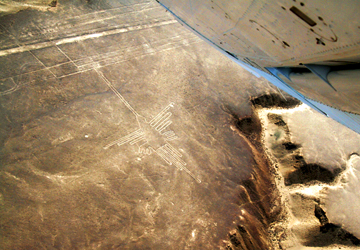 The hummingbird figure of the Nazca Lines in Peru. 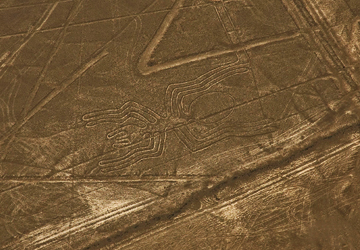 The massive spider figure of the world-famous Nazca Lines. 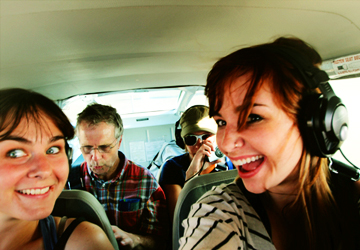 The short flights involve thrilling twists and turns for gre

Ken Jennings at the Daily Traveler penned a memorable title to his latest Peru article, writing "Visit the Nazca Lines Before the Pigs Destroy Them". Sadly, despite the humurous opening, it's true that the world-famous Nazca Lines, which have fascinated archaeologists and laymen alike since their discovery in the 1920s, are at risk. Their appeal is due to the enduring mystery of their purpose and construction and the tie they provide to a pre-Inca civilization which transformed the area, not just etching massive geoglyphs along the desert floor, but also building an underground aqueduct system unlike any other in the world that is still used today to bring life to the Nazca Valley, the Cantayoc Aqueducts.

You canÃ¢Â€Â˜t visit Peru without stopping by Nazca and the Sechura Desert, where you can book a half-hour flight that will allow you to see the Nazca Lines as they were meant to be seen, from the sky.

Many believe that the lines functioned as an astronomical-agricultural calendar, a way to honor the gods and perhaps remind them of the needs of the land throughout the year. Aside from the humanoid and animal figures such as the monkey, condor, and hummingbird, there are also geometrical designs. Some theorize that these were ritual pathways, and that perhaps the real key to the Nazca lines is to be found at nearby Cahuachi, a large adobe pilgrimage site from the same period.

Although the arid nature of the desert has preserved these lines for 1,500 years, this UNESCO World Heritage Site is at risk from pollution, erosion, and yes, the pigs. SquattersÃ¢Â€Â˜ communities of pig farmers which have sprung up near the site pose a danger as well.

Thus, the Nazca Lines have joined a list of other endangered sites such as Machu Picchu Archeological Complex and Chan Chan. Luckily, it's easy to reach the town of Nazca from Lima by bus, so there's no excuse not to visit while you can.