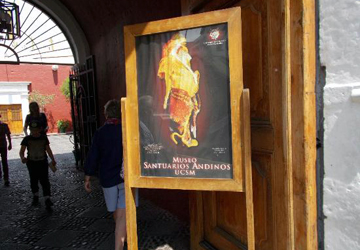 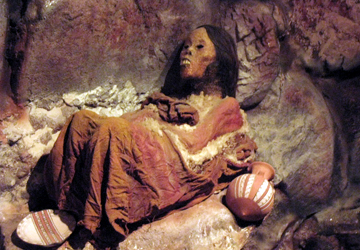 The Inca Mummy Juanita, or the Ice Maiden 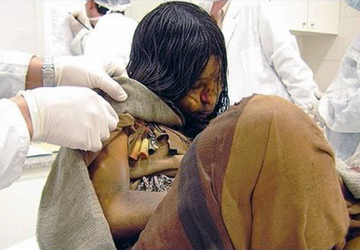 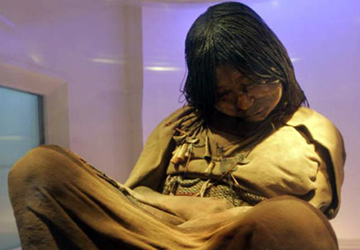 The Juanita Mummy in a museum in Arequipa, Peru 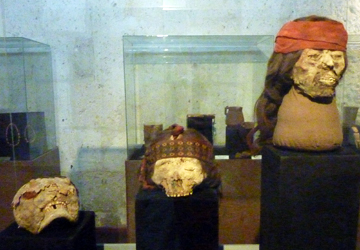 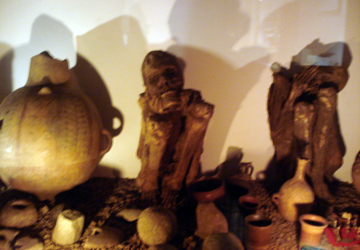 The popular Juanita mummy exhibit in the Andean Sanctuary Museum in Arequipa has been temporarily suspended, and will remain closed from January 1st to April 31st of this year. The museum director, archeologist JosÃƒÂ© Antonio Chávez, explained that in this time of year, the body of Juanita is sealed for four months within a special chamber that is set to a temperature of 20 degrees below zero, away from museum visitors, lights, and other natural agents which can harm her. It's a process that the mummy undergoes periodically to ensure her continued preservation.

Some 500 years ago, a finely dressed and well-fed noble Incan girl around twelve to fourteen years old was sacrificed on the cold heights of Ampato Volcano in Arequipa, alongside other youths. The aim was probably to procure protection from the gods against future volcanic activity. Cold temperatures perfectly preserved their bodies, but the ice mummies were hidden from sight until the volcanic ash from the eruption of nearby Sabancaya volcano caused part of the glacier to melt. Much of the burial site likely fell into the crater when this happened, but Juanita and the other mummies were discovered around the crater in 1995 during an expedition directed by Johan Reinhard. In the vicinity, spondyllus, diverse Andean grains and plants, and several gold statues were also found.

The Juanita mummy, also known as the Lady of Ampato or the Inca Ice Maiden, is one of the highlights of a visit to Arequipa. Andean Sanctuary Museum visitors who arrive between January and April will unfortunately be unable to see Juanita, although they will have access to the room where the Sarita mummy is located. It is also well-conserved although less widely known.

Despite the disappointment that some visitors will face, there is still much to see at the museum, which exhibits more than 300 Incan relics, including textiles, ceramics, golden statues, silver, and copper. The Andean Sanctuary Musueum is located at La Merced Street 110, in the historic center of Arequipa, and is open from 9am to 6pm from Monday to Saturday, and only in the mornings in Sunday.