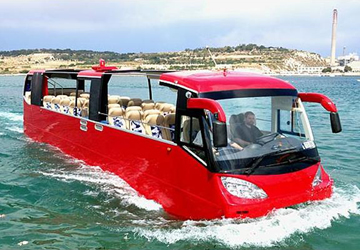 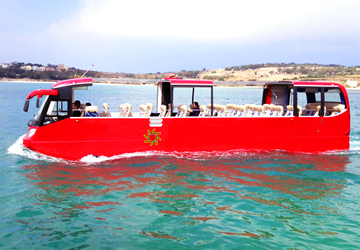 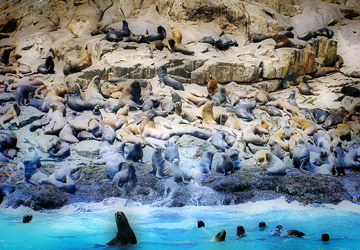 San Lorenzo Island off the Port of Callao in Lima, Peru 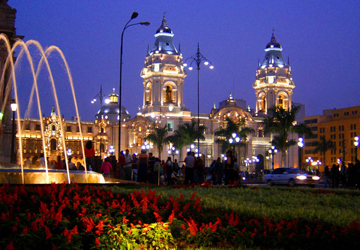 The historic center of Lima Peru, where the tours will start

Starting in 2014, traveler's visiting the city of Lima will be able to tour the Peruvian capital in a brand new way. Beginning in January of next year, South America's first amphibious bus will begin offering tours from Lima's historic city center to San Lorenzo Island off of Callao.

The concept of the amphibious tour bus began on the Island of Malta and has spread to Holland, Hungary, Dubai, England, the United States, Canada, and Panama. Built in Malta with an investment of US$250 thousand, it arrived in Lima's Port of Callao but was promptly detained due to accusations from the Ministry of Transport and Communications that it was a used vehicle. (The accusations were disproven, but the company lost more than 70,000 dollars in customs.) After almost seven months of detainment in customs, the bus has been recently liberated.

Built in compliance with the European Community's safety requirements, it's best described as a propeller-propelled yacht modified to allow it to also maneuver on land, it comes equipped with a radio transmitter, satellite communication, lifeboats and lifejackets, GPS, compass, equipment for analyzing water depths.

The only development that's still needed for the tours to begin in the construction of a ramp in La Punta that would allow the bus's entrance into the ocean. Local officials in Callao have committed the district to fund the building of this ramp.