Lima to host the 2019 Panamerican Games 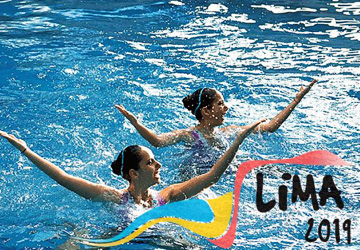 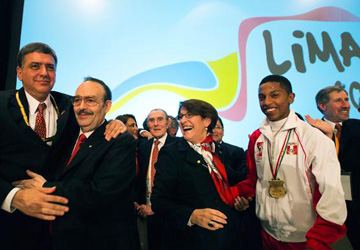 The Peruvian Delegation in Toronto celebrating the honor. 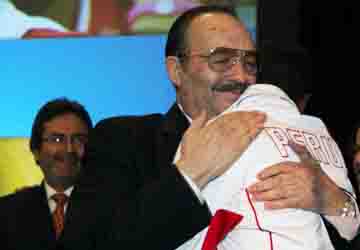 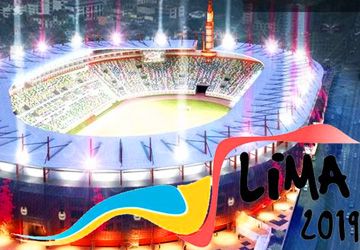 The main stadium in Lima, Peru 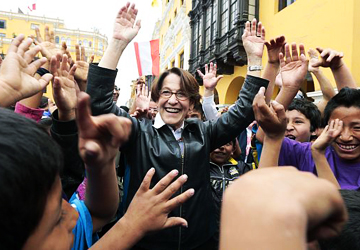 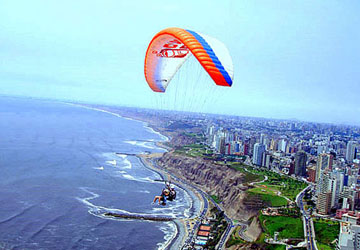 Miraflores, Lima alongside the Pacific Ocean 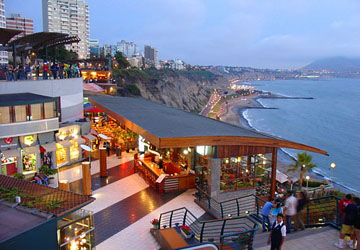 Larcomar Mall on the seaside cliffs of Miraflores, Lima

Peru's "City of Kings", the capital city of Lima, beat out Santiago, La Punta, and Ciudad Bolívar in the competition to host the 2019 Pan American Games, winning 31 of 57 possible votes. Host cities are in charge of funding the event, organizing the celebration of the opening and closing ceremonies, and housing the athletes and officials in the Pan American Games Village. To date, 15 cities in 10 countries have hosted the games, with the last event held in Guadalajara, Mexico in 2011, while 2015's games will take place in Toronto, Canada. The Pan American Sports Organization, PASO, a collection of international sports federations and national Olympic committees, are responsible for choosing the location in a process that takes two years. This is the first time Peru will be hosting.

The event, often referred to as the Pan Am Games, is a major event which pits athletes from the Americas against each other in a variety of sports every four years, the year before each Summer Olympic Games. Over 5,000 athletes compete for gold, silver, and bronze medals in 36 sports and nearly 400 events. These include swimming, fencing, diving, baseball, boxing, basketball, football, gymnastics, rowing, wrestling, shooting, tennis, weightlifting, water polo, rugby, handball, volleyball, and equestrian sports.

While presenting the Peruvian delegation, 14 year old Renzo Cárdenas, Panamerican taekwondo champion, stole the show. Before the election, the delegation gave an emotional presentation, with speeches in English and Spanish as well as promotional videos highlighting the virtues of Lima. Among the arguments offered, it was pointed out that Lima was the only capital city candidate with a shoreline, and it boasts a temperate climate which in July and August is very conducive for athletic competition. Also, it's home to South America's best airport, which received approximately 13 million passengers a year. Add in the city's rising culinary reputation as the Gastronomic capital of the Americas and a resume which includes organizing 33 international events in the last 10 years, and it's no surprise that Lima won the honor.