Investing in Lake Titicaca: Contamination, Conservation, and Quality of Life 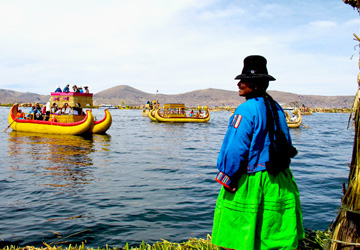 Uros woman watching the boats on Lake Titicaca near Puno. 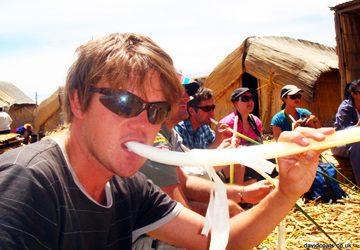 Sampling Totora on the Uros Islands of Lake Titicaca. 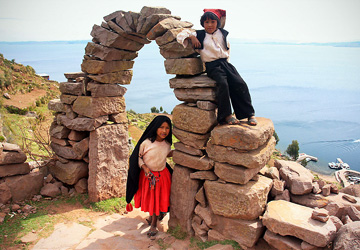 Peruvian children at the stone entry arch of Taquile Island. 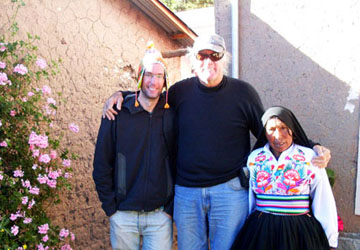 Staying in a local home on Amantani Island in Lake Titicaca. 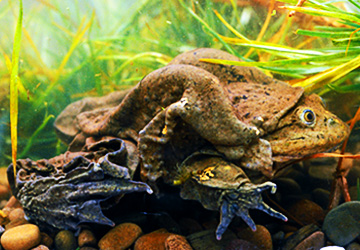 The endangered giant frog, found only in Lake Titicaca. 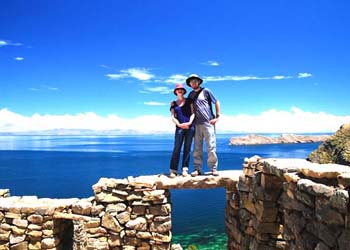 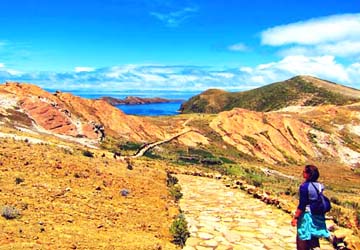 Hiking along Sun Island on the Bolivian half of Lake Titicac

Spanning the border between Peru and Bolivia, Lake Titicaca has remained a natural and cultural wonder, attracting visitors from all over the world. The flat blue waters of the world's highest navigable lake cover an area more than three times the size of Luxembourg. The lake's massive size lends it a resiliency in the face of contamination from the booming lakeside cities, but although much of the water is still clean, immediate intervention is required to assure the health of the lake's ecoystem and those who depend upon the lake for survival.

Bringing Electricity to Arrive to Taquile and Amantani

Officials indicate that at long last, electricity will arrive to the Quechua-speaking islands of Taquile and Amantani, a service promised to the islanders since the 1990s. District mayor Marcelino Yucra insisted, "We receive national and foreign tourists daily, and a touristic attraction cannot continue to be neglected by the central government, without plumbing or electricity." Taquile attracts many visitors thanks to the population's reputation as producers of some of the country's highest-quality artisan products, which UNESCO has declared "Masterpieces of the Oral and Intangible Heritage of Humanity" in 2005. Both islands are collectively managed, and though they lack hotels they host visitors through homestay programs that allow guests to learn about local ways of life.

Environmental Minister Manuel Pulgar-Bidal announced earlier this week that 296 thousand soles have been earmarked for the collection of refuse from Lake Titicaca, of a total of 32 million soles marked for investment in the zone. He met with his Bolivian counterpart in Puno yesterday, along with local officials, to discuss the issue of contamination, reviewing technical proposals and discussing concrete policy solutions. Pulgar-Bidal indicated that a Supreme Decree is being drafted to form a multi-sector technical group charged with the environmental prevention and recuperation of the lake and its tributaries, adding that Bolivia should take the same measures with their half of the lake.

The problem is manifold. According to the Autonomous Authority of Lake Titicaca, more than 30,000 informal miners discard their tailings into the lake's tributary rivers. In addition, the lake receives 20% of the 100 tons of solid waste that the city