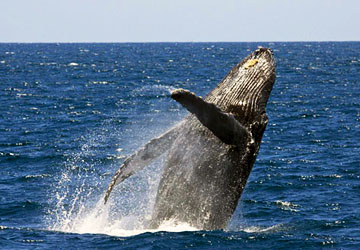 Migrating humpback whale off of the northern coast of Peru 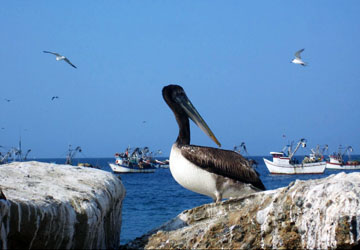 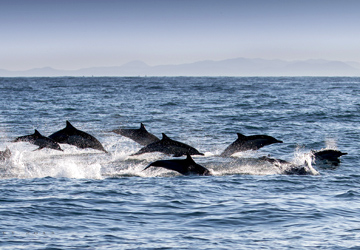 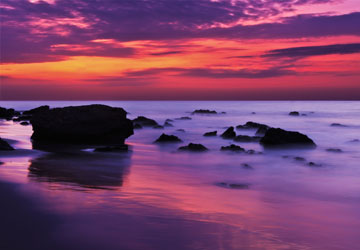 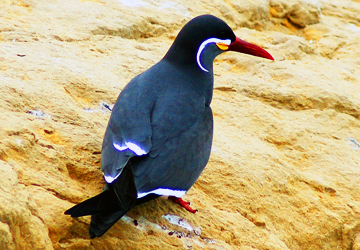 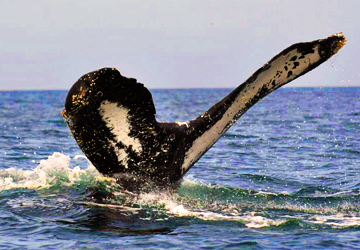 Humpback whale diving into the water

Although sightings cannot be guaranteed, humpback whales provide such a spectacular show as they jump, splash, and sing that whale watching is becoming a local draw in Peru's Piura region. This year, three thousand Peruvian and foreign tourists visited Piura during the whale watching season, a 50% increase over last year. They aren't the only ones who are coming in greater numbers: according to experts, some four thousand whales arrived last year, compared to an estimate of six thousand this year.

The humpback whales undertake the long trip from Antarctica towards the equator each year, passing through Los ÃƒÂ“rganos in Piura (north of Lima), to breed in the warm waters provided by the El Niño current. Peru's whale watching season begins late each July/August and lasts through September and October.

BelÃƒÂ©n Alcorta, a biologist at one of the local research and ecotourism centers, spoke about the positive effects of this growing interest. "Thanks to the tourism we can continue with researching the species which live here, which are not only humpback whales, but also green tortoises, sea lions, birds and other marine species." Indeed, the country boasts thirty different registered marine mammal species. Other whale species can be seen year-round.

Even if you cannot make it to Peru in time to go whale watching, you may be surprised to learn that at any time of year you can watch playful sea lion and Humboldt Penguin colonies off the desert coast of Paracas, south of Lima.