Dreams of a Gran Tahuantinsuyo Museum for Machu Picchu 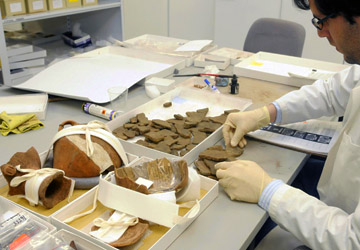 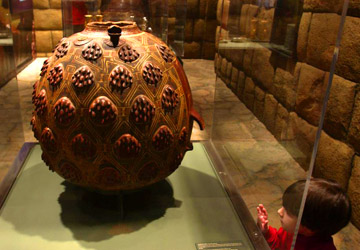 Observing one of the Machu Picchu pieces in Cusco 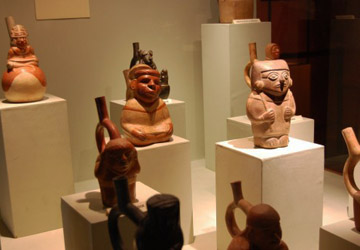 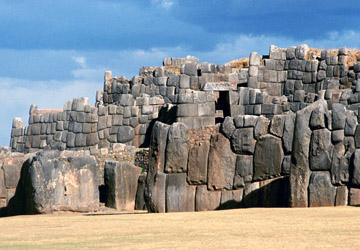 After years of contentious disagreement, Yale agreed to return many of the pieces which Hiram Bingham exported from the Machu Picchu archeological site in 2011, just in time the centennial celebrations of the discovery of Machu Picchu. The final pieces arrived in Peru in 2012. Chief among Yale's stated concerns were whether local authorities were willing to invest in proper storage and exhibition facilities for the protection of the priceless relics.  Now, plans for a new state of the art museum are underway to house many of these pieces, as well as other artifacts such as the colonial paintings of the famous Cusco School. He stressed the importance of gathering Cusco's original artworks together to protect them from entering the international black market.

Now, Cusco's regional governor Jorge Tito Acurio has announced plans to allocate 15% of the funds raised by the entrance fees for Machu Picchu Archeological Complex for the construction and maintenance of a new museum. This amount is equivalent to more than 24 million soles (US$8.6 million). "Currently, Machu Picchu's revenues are being invested in the maintenance of the Inca Trail, the National Service of State Protected Natural Areas (SERNANP) and in the Regional Directorate of Culture." Acurio noted.

According to the agreement arrived at by the governor, Culture Minister Luis Peirano, and the museum committee, the project will require an investment of 250 million soles (US$90.5 million). The land alone will cost S/80 million soles. This land will also be used as a cultural park representing the thirteen provinces of Cusco. A Presidential Decree is forthcoming to authorize the funding source, and the museum will open in late 2014. When the Ministry of Culture has the land in its power, it will convoke an international contest to design the new museum and park.

The Grand Tahuantinsuyo Museum, as it will be known, will be built on a 500 hectare property near the entrance to Sacsayhuaman Fortress on the outskirts of Cusco city proper. "We're going to create a museum that's parallel with the Louvre in Paris or the Armitage in Russia," Acurio enthused.