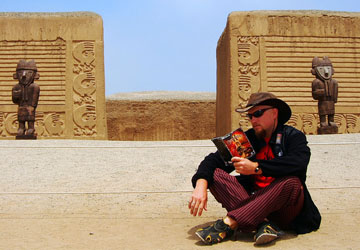 Resting at the ancient adobe city of Chan Chan in Peru 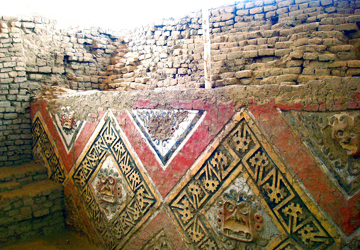 Colorful frieze at the ruins of the adobe city of Chan Chan. 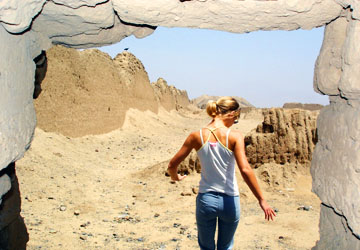 Exploring the pre-Columbian city of Chan Chan in Peru 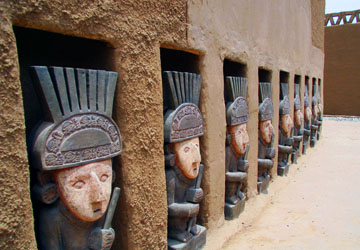 Warriors at Chan Chan, along the Moche Route in Peru 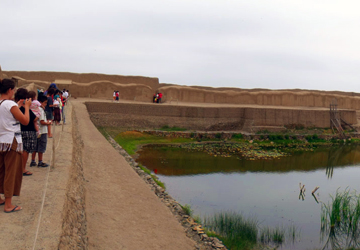 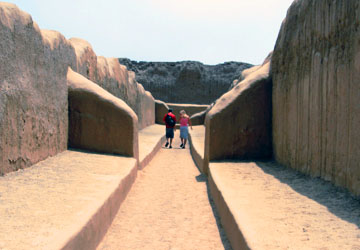 Walking the streets of the adobe city of Chan Chan 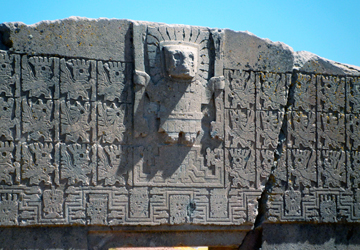 The famed Sun Gate at the Bolivian ruins of Tiwanaku 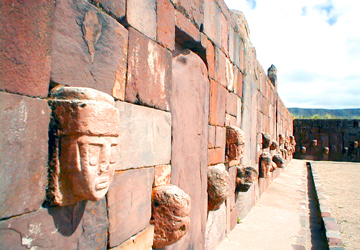 Mysterious heads of the Tiwanaku ruins in Bolivia 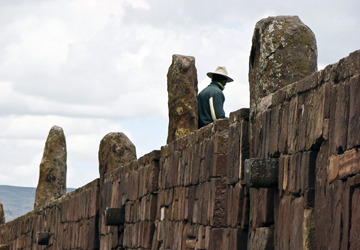 Lone man at the Aymara ruins of Tiwanaku.

Two pre-Columbian South American capitals were included on the CNN site's list of spectacular ancient sites of the New World: the citadel of Chan Chan in Peru and and the ruins of Tiwanaku in Bolivia.

Bolivia's contribution is Tiwanaku Archeological Complex, which once served as the epicenter for the eponymous civilization (whose population swelled to hundreds of thousands between 500 and 900AD but disappeared by 1200AD). The site, which includes temples, public buildings, residences, and irrigation systems, was built high in the Bolivian Andes, near massive Lake Titicaca. Tiwanaku is still under investigation, with researchers even constructing reed boats to demonstrate how stones weighing several tons were probably transported across Lake Titicaca.

Peru is also represented on the list, thanks to the adobe city of Chan Chan, once the capital of the ChimÃƒÂº culture. Although it dates back to before 850AD, it did not hit its peak until the 1400s, shortly before the Incan conquest.