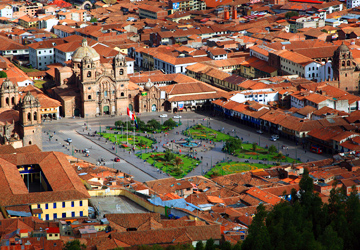 The Plaza de Armas, or Main Square, of Cusco, Peru 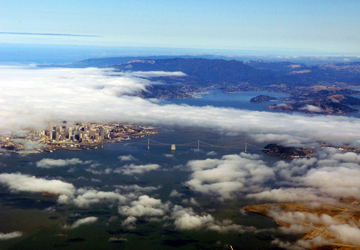 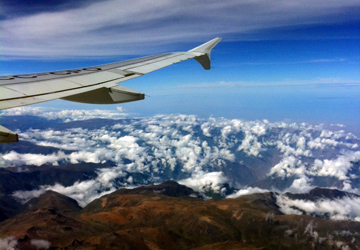 Flying over the Andes 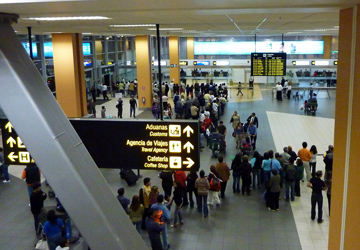 Arrival of the Budget Airlines

For flights to Peru departing from New York or Boston, flights will fall to US$199, with other connecting cities including San Juan, Puerto Rico, and Washington DC.

When describing the city (which will become the airline's southernmost destination and first destination in Peru starting Nov 21st of this year) vice president of network planning, Scott Laurence, enthused, "When you look at Lima's wonderful offerings, including its rich culture, cuisine and great people, we believe both Florida and Lima residents will benefit greatly from the flight, whether visiting friends and relatives, vacationing or on business." The route's inauguration is currently still subject to regulatory approval.

According to the company's director, JosÃƒÂ© Luis Garza ÃƒÂlvarez, Interjet is considering initiating flights to Lima, Peru as well, making the City of Kings their tenth international destination. The low-cost Mexican airline only operates direct flights, with a fleet of Airbus A-320s like those JetBlue uses.

A Desperate Need for Competition

While domestic travel throughout Peru is quick and relatively easy, high prices often cause travelers who aren't pressed for time to opt for less than comfortable buses. Those who want to avoid the buses will probably require 2 or more domestic flights during their travels through the country. The most established airline, LAN, operates more flight to and throughout Peru than any other airline, but at high prices. Both Lan, and it's second largest competitor TACA, charge foreignors a US$180 additional fee, sometimes unannounced if you skimmed the fine print, and payable at the airport. Unlike other airlines currently operating in Peru, these are South American airlines, not national airlines. The less-controversial StarPerÃƒÂº is cheaper, but suffers delays with more frequency. The final current options are Peruvian Airlines and LCPerÃƒÂ¹.

LAN's dominance allows it to maintain very high prices- one can pay more than US$500 for a short 1hr 15 minute flight from Lima to Cusco. The consensus in the Peruvian travel industry is that its company, the LATAM Group, are maintaining high prices for domestic flights, but greatly reducing these prices for those who bundle these domestic flights with international flights.

Peru's airlines have other shortcomings besides low fares. Last week, Peru's consumer protection agency, INDECOPI, sanctioned 9 domestic and international airlines for violating consumer code, with offenses including flight cancellations, delays, and not allowing customers to declare items of value. The airlines have 120 days to take corrective action before official measures are taken.

Industry insiders are predicting that the arrival of international budget airlines will force other airlines to Peru will drastically reduce fares, bringing the cost of flights in and around Peru to as low as US$30, with the budget airlines quickly conquering the lion's share of the market. Various local airlines have already reacted, releasing statements that flights at less than US$50 will cause them to go bankrupt.

Juan Carlos Matthews, the director of the Center for Business Education at the University of the Pacific made the case that a Ã‚Â¨considerable fall in air ticket prices" would simultaneously expand the market by "incorporating people who had never before been on a plane.Ã‚Â¨