Bolivia Races to Prepare for Dakar 2014 with Electricity, Water, and Lodging for Uyuni 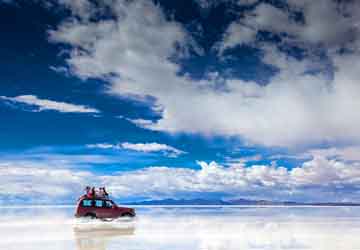 Crossing Uyuni Salar in Bolivia, along the Dakar 2014 route 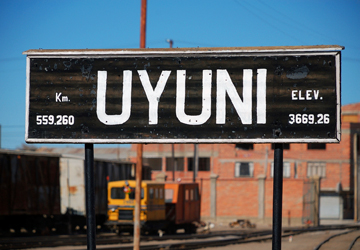 Sign upon entering the small town of Uyuni in Bolivia 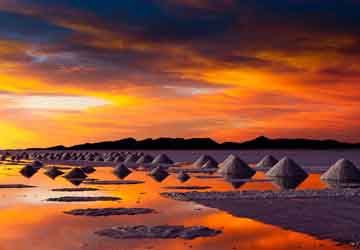 Salt mounds at Uyuni Salar in Bolivia at dusk 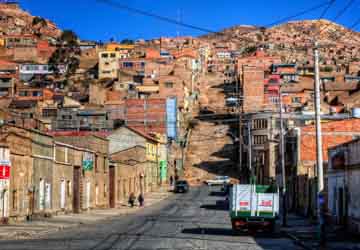 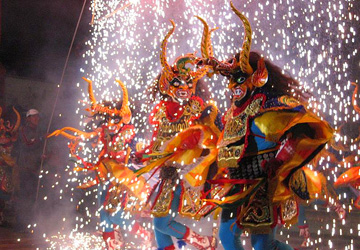 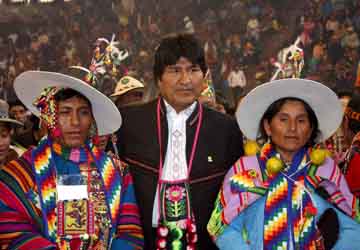 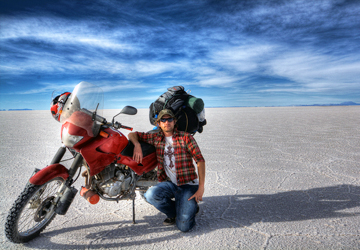 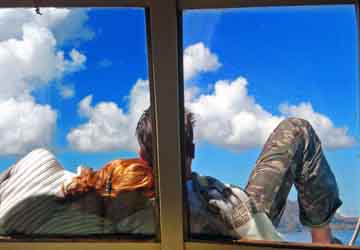 After intensive campaigning by Bolivian President Evo Morales, he announced along with the Amaury Sport Organization (ASO) that the 6th South American version of the Dakar Rally would pass through Bolivian territory for the first time next year.

Next January, the world's longest auto race will begin in Rosario, Argentina and end in Valparaiso, Chile after crossing the Atacama. Because the race will split into two routes, only the motorcycles and quadbikes will pass through Bolivian territory, crossing Uyuni Salar, the world's largest salt flat. Although the exact route will not be announced until April 20th, there has been a flurry of preparations on the Bolivian side over the last two weeks which promise an increased standard of living for Bolivians living in communities along the route.

On Wednesday, Evo Morales signed a decree declaring Dakar 2014 a national priority. Morales confirmed that his government will invest 10.5 million bolivianos (approx.. US$1.5 million) to install electricity in Uyuni, 8 million bolivianos to provide potable water and basic services, and an as yet unspecified amount to provide a broadband internet connection. A communication and lighting system for the Uyuni airport is also likely. The president also instructed the Ministry of Public Works, through the National Telecommunications Company (Entel), to install fourth generation telephony to guarantee mobile communication among visitors.

Minister of the Executive Juan Ramón Quintana announced this week the formation of the Inter-Institutional Committee of Tourism Development and Promotion, CIDEPTUR, to coordinate logistical preparations. Participants include the government officials from the departments of Potosí Government, Uyuni authorities, Bolivian Association of Travel Agencies & Tourism (ABAVYT), the Tourism Operators Chamber (CANOTUR), the Bolivian Hospitality Chamber, Association of Touristic Handicraft Micro-Entrepreneurs, the National Chamber of Culinary Enterprises, and the National Chamber of Commerce (CNC).

CNC president ÃƒÂ“scar Calle announced that the committee will focus on preparing for the challenge of Dakar 2014, "which means a window of Bolivia to the world," while Quintana declared that it will have "economic repercussions and benefits for the country's image." President Morales underscored this by voicing hopes that the rally would promote the touristic potential of the Quinua Route, Salt Flats, and the cultural wealth of the indigenous communities of the zone.

The Culture and Tourism Secretary of the Oruro Department, Ronald Choque, has speculated that Oruro is the likely entry point, as it contains the closest departmental capital city to the salt flats, Salinas de Garci Mendoza,  and boasts passable road and rail transport as well as the Juan Mendoza International Airport, constructed just last year. "Potosí has the road to Uyuni, but we have the airport and direct access towards Uyuni Salar..." argued Choque, despite acknowledging that the city of Salinas only has 04 hostels. Neither the Oruro nor Uyuni airports are equipped for a large influx of visitors, although authorities contend that they will take all the necessary precautions for land, air, and rail transport.