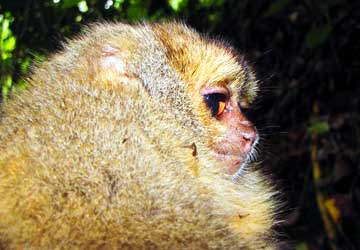 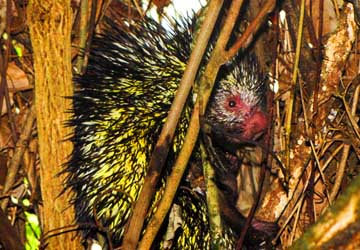 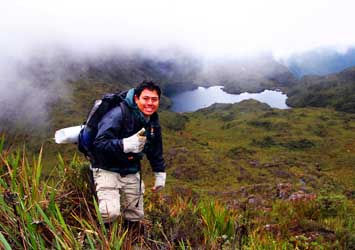 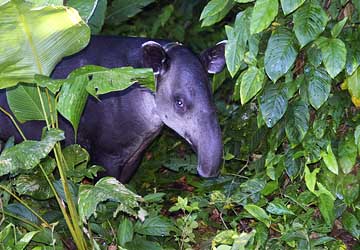 The rare and endangered Woolly Tapir in the Sanctuary. 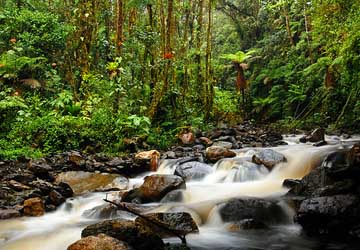 A stream and lush vegetation in Tabaconas Namballe in Peru.

A new species of Commn Shrew Opposum found in Peru.

Eight new mammal species were found during a recent expedition through Tabaconas Namballe National Sanctuary in northern Peru, inspiring the biologists to declare the area a "heaven of unknown biodiversity". The findings of the team of Mexicans and Peruvian biologists headed by Gerardo Ceballos are considered among the most important in the last decades of the Peruvian Andes.

Tabaconas Namballe National Sanctuary was created in 1988 to preserve a unique ecosystem in Peru, the paramo. The Peruvian paramo is one of the least-explored and studied in the country; it is similar to the puna (high Andean plateau) with its scrublands and thickets, but different in that it is very humid and covered by perpetual fog, and its wildlife is not of Andean-Patagonian but rather Amazonian origin. Altogether, the 70,000 acre area protected within the sanctuary protects cloud forest, rainforest, and grasslands, a range which allows it to provide refuge to a great variety of animal and plant life.  It's an ecological treasure characterized for housing flora and fauna species in danger of extinction, such as the Wooly Tapir (the pinchaque), which is in grave risk- the Tabaconas Namballe Sanctuary is its final refuge. The animal is rarely found but for rumors and traces.

Common animals within the refuge include the northern pudÃƒÂº, spectacled bear, the Peruvian cock of the rocks, as well as plants such as the chinchona and croton and many different types of orchids. The recent discoveries, however, prove that there's still much to learn about the area's biodiversity.

The researchers were shocked to discover a new species of endangered night monkey, distinct from the two species already registered in Peru. A particularly intriguing find was a porcupine with unusually dark fur and extremely long quills, larger than other species. Local descriptions and a skin found in native community have led researchers to believe that there are other new porcupine species to be found.

Another find was a new species from the marsupial common shrew opossum family, which weighs in at twice the size of its closest relative; the largest yet found in the region. The small-eared shrews, insect eaters much smaller than the marsupial shrew that are so little known that they are classified "data deficien