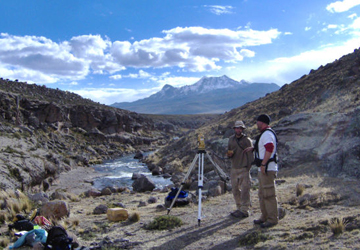 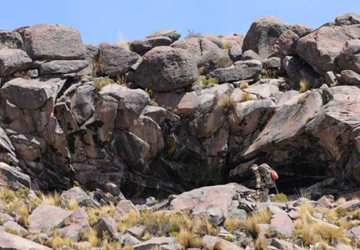 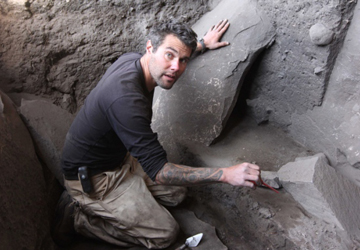 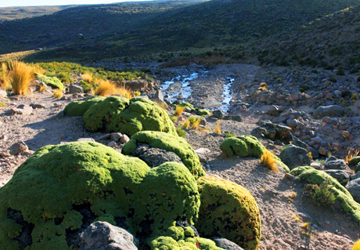 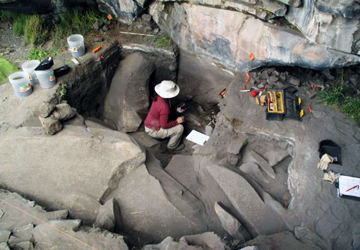 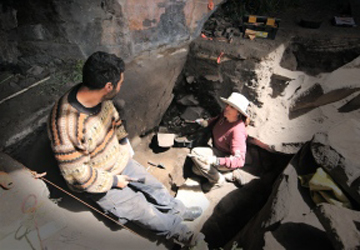 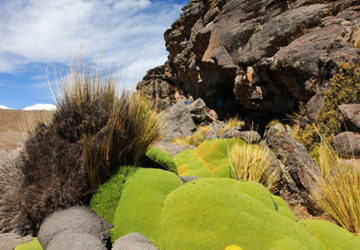 The modern, international archeological team struggled at the high altitude, battling freezing temperatures, strong sun, and thin air- so you can imagine their surprise as the history of an ice age settlement unfolded before them, there, in a cave so high in the Peruvian Andes that they were shocked ancient humans could survive the low oxygen levels.

The site, which has been named the Cuncaicha cave shelter, dates back 12, 400 years. This means that humans reached the extreme conditions of Cuncaicha some 2,000 years after arriving in South America. At 4,500 meters above sea level (about the height of the Matterhorn), it is the highest ice age human settlement ever found. The only other settlements that have been found at these heights were from a thousand or more years after Cuncaicha.

"This was the hardest archeology I've ever done," admitted Sonia Zarrillo, an adjunct assistant professor from the University of Calgary, who coauthored a recent article in the journal Science regarding the excavation. Not only did the researchers soldier through the discomfort, but so did the humans of this ancient settlement. As Ms Zarrillo concluded, "high altitude was not a barrier to human colonization at least by 12,400 years ago."

20 to 30 people could fit inside the Cuncaicha cave shelter, and the evidence indicates that it served as a home multiple times over a period spanning thousands of years. They left behind stone tools, bone and shell beads, charcoal, bones from an impressive amount of meat, and cave walls blackened with enough campfire soot to suggest that the cave was inhabited for prolonged periods of time. The tools included scrapers for animal hides and sharpened spear points.

The lead author of the study, Kurt Rademaker of the University of Maine, stumbled upon the cave while searching for a campsite on a research expedition for his PhD thesis a few years ago and instantly recognized it as an archeological site. "I can't say why people first went there," said Rademaker, "but once they did go there, there were plenty of reasons to stay." It might sound odd when referring to the harsh treeless plateau, which resembles a cold lunar landscape, but he was referring to plentiful deer and the wild ancestors of llamas and alpacas which used to roam the nearby Pucuncho Basin, as well as the obsidian deposits for fashioning stone tools, and the resinous plants for starting warming fires.

Humans are eminently adaptable, as evidenced not only by Cuncaicha cave but also by the genetic adaptations found in the local Andean herders who now use the area to graze llamas and alpacas. It probably took around a thousand years for locals to evolve the  unusually large lung capacities, high metabolic rates, and ability to carry more oxygen in their blood that makes living at high altitude more comfortable.