5 Things Not to Miss in Arequipa 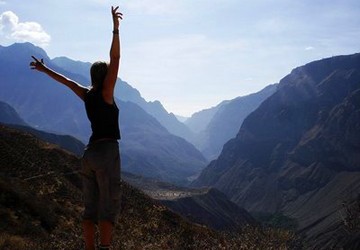 The landscape of Colca Canyon near Arequipa, Peru 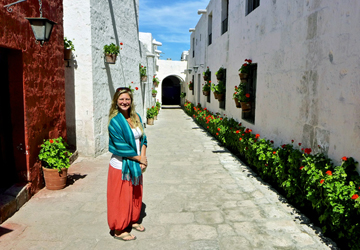 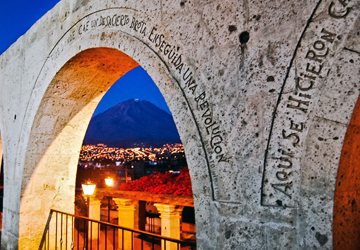 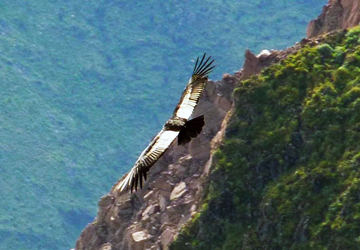 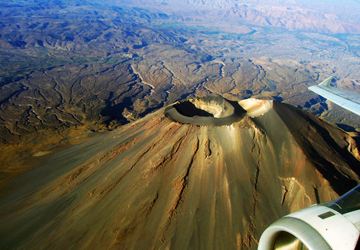 Plane flying by Misti Volcano outside of Arequipa, Peru 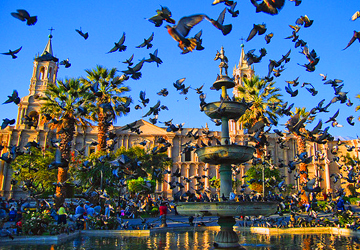 Cathedral of Arequipa in the main square of the city. 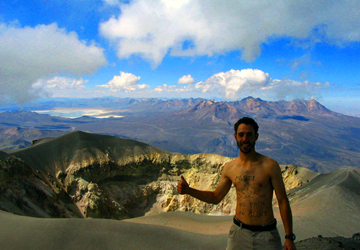 At the crater of El Misti Volcano near Arequipa, Peru

Arequipa is considered Peru's 'second city', after the country's capital Lima, but it is actually considered a trip highlight by most travelers, who are wooed by the city's distinct architecture, savory dishes, and an outsized landscape boasting numerous volcanoes and the deepest canyons in the worldÃ¢Â€Â¦

1. Admire the Singular Architecture of the city center

Arequipa's beautiful historical center was declared a UNESCO world heritage site fourteen years ago, in celebration of its unique and beautiful architecture. The buildings were built of a pearly volcanic rock known locally as sillar, and their faÃƒÂ§ades boast intricate carvings with indigenous elements, such as pumas and snakes, mixed with European elements in a style now known as mestizo-baroque. The piÃƒÂ¨ce de rÃƒÂ©sistance is the city's cathedral, which is so large that it takes up an entire side of the main square. Tours of the cathedral end on the rooftop, which offers novel views overlooking the square.

2. Admire the Ã¢Â€Â˜City within a City', Santa Catalina Monastery

The mÃƒÂºdejar-style Santa Catalina Monastery defies expectations in that it's a citadel in itself. Centuries ago, it was home to the wealthiest nuns of Arequipa, who lived luxuriously within its brightly painted walls while their servants and lower-class nuns lived in Spartan conditions. It boasts its own flower-lined cobblestone streets and tranquil parks, while at the same time hides mysterious artifacts such as human hearts preserved in jars and paintings of dead nuns.

Arequipa's surrounding countryside boasts the two deepest canyons in the world, Cotahuasi and Colca. Although the former is deeper, the latter is popular for its condor colonies. At the natural lookout of Condor's Cross, visitors wait each day for the endangered Andean condors, the world's largest birds of flight, to leave their nesting colonies below and begin circling in search of food. At Condor's Cross, one can admire these creatures at surprisingly close range.

4. Peer into a Volcano's Crater

The iconic symbol of Arequipa is the conical El Misti Volcano which, flanked by fellow volcanoes Picchu Picchu and Chachani, defines the city's skyline. 2-day treks to the crater are offered, which are not physically demanding. Although it's a sandy hike, the summit offers views overlooking the White City of Arequipa, its green countryside, and the crater itself. On a clear day, you can see as far as the Pacific Ocean.

On Sundays, locals flock to Arequipa's traditional eateries, the picanterías, to indulge in the same dishes that have characterized the city for generations. The picanterías were honored by the Peruvian Ministry of Culture this year when they were declared part of the Peru's intangible heritage for their role as guardians of local food traditions as well as spaces where social spaces where different social classes interact. Dishes that you should consider trying include stuffed red pepper (rocoto relleno), a spicy pork chop soup known as adobo, flattened and fried whole guinea pig (cuy chactado), crayfish chowder (chupe de camarones), and boiled potatoes bathed in a peanut cheese sauce (ocopa arequipeña).