The great gastronomy of Peru

Peru boasts one of the world's richest cuisines, thanks to a historically-driven melding of Spanish and Indigenous cooking to create a local Creole cuisine, along with Chinese and Japanese influences. Today the cuisine of Peru is gaining popularity on a global level for its originality and diversity.

It is also one of the world's most diverse cuisines, with one of the geatest number of distinct traditional dishes (491), with many food lovers rating it among the top gastronomic echelons enjoyed by French, Chinese, and Indian food.

Traditional Peruvian Cuisine is a fusion of the manner of cooking the Spanish with the native Peruvians in which stand out basic local products such as the potato, corn, peanut, chile and fish and seafood. These products, and some dishes, date back to the Inca Empire, which flourished in the Andes over thousands of years. When the Spanish conquistadors arrived in the 16th century, they brought with them European-style deserts and new ingredients such as chicken, beef and citric fruit. Then arrived African, Italian, Chinese, and Japanese immigrant populations, all of which added new dimensions to the Peruvian food now so beloved in homes and restaurants. The Peruvian Culinary Arts are in constant evolution and this, together with the variety of traditional dishes, makes it impossible to establish a complete list of representative dishes. After all, along the Peruvian coast there exist more than 2,500 different types of soup alone, as well as more than 250 traditional desserts. 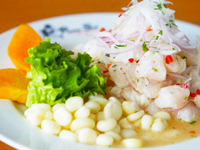 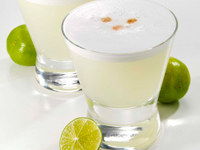 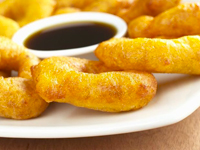 Traditional Dishes of Peru by Region

Useful tips What to pack? Gastronomy Popular festivities Getting there