A unique tour of its kind, which sails on the waters of the Pacific Ocean islands that were pre Inca cemeteries and resting place of pirates. Join us to visit the Palomino Islands where besides appreciating, we can swim with sea lions (Don't get fooled by the name, these animals are very friendly). Definitely an unforgettable adventure and it is just a couple of hours from the city of Lima. 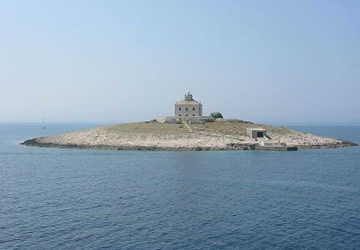 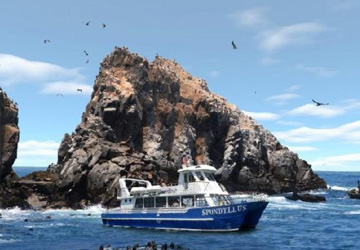 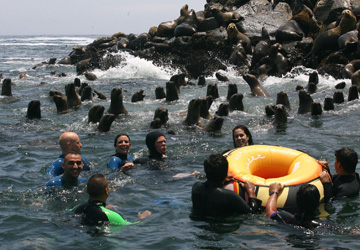 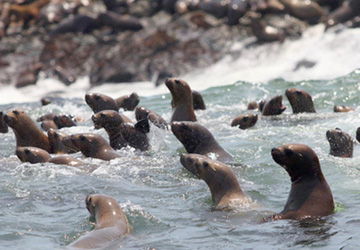 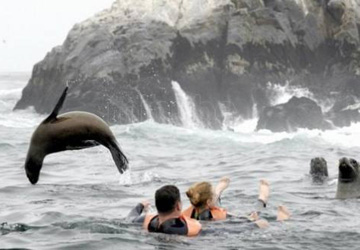 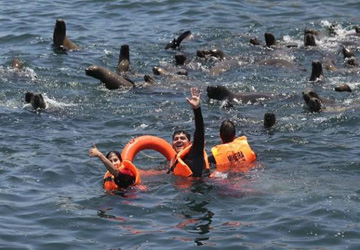 To start our aquatic adventure the meeting point will be the Navy Club in Callao District which is located next to the Callao Naval Base in Lima.

Then we'll pay the entrance fee of the Guano Islands; place where we will develop our tour.

Once in the boat we'll begin our adventure approximately at 10:30 am on the magical Pacific Ocean. During the tour we'll pass through the area called "The Camotal" or the Peruvian Atlantis, it is a part of the city of Callao that is submerged in the sea because of an earthquake in the early 70s

Also we can appreciate the San Lorenzo island in which there are many stories ranging from the pre Inca era in which it was used as cemetery, to stories of pirates who attacked the Peruvian coast during the colony; just in front is a small island "El frontón" which has stories very similar to the previous but also has a prison where some presidents of Peru were held during the beginning of the republican period of the country.

Our tour boat will take us to the Palomino islands where we'll see hundreds of birds and the beautiful and peaceful sea lions with which we can swim thanks to the absence of predators; making this a unique experience.

Our tour ends at the same point where we started approximately at 1:00 pm. It is not included in this tour but if you have some free time and want to learn more about stories of pirates and Sea wars , you can visit the Fortress of Real San Felipe which is right on the Peruvian coast.

Duration
1 DÍA
Departures
DAILY
Category
ADVENTURE
Get a Price Quote to My list
We accept all credit cards and debit cards
Pay through Paypal, Western Union, Bank transfer and more!
+51 984708522
Monday to Saturday | 8:00 - 19:00 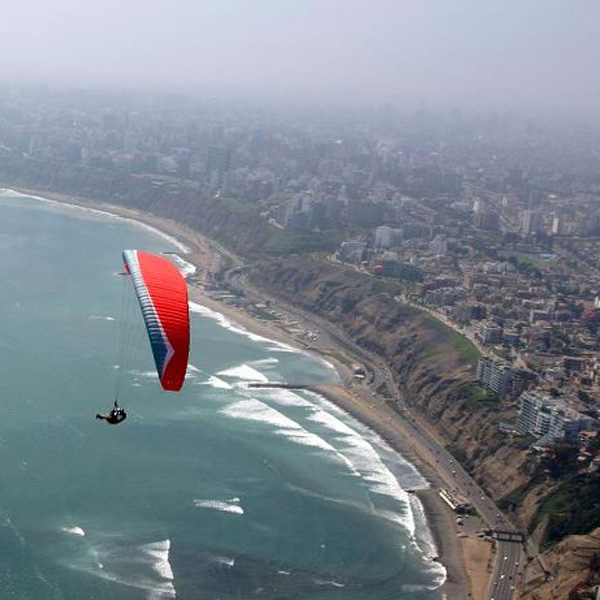 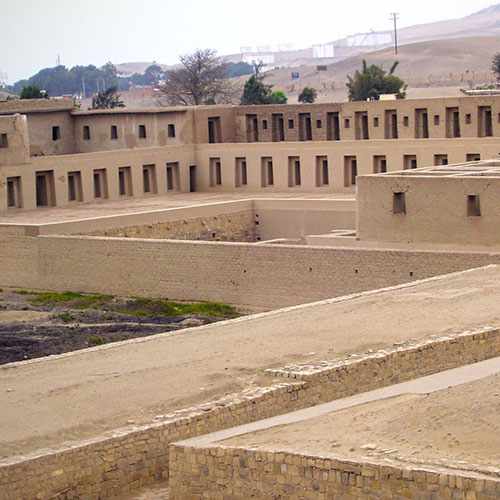 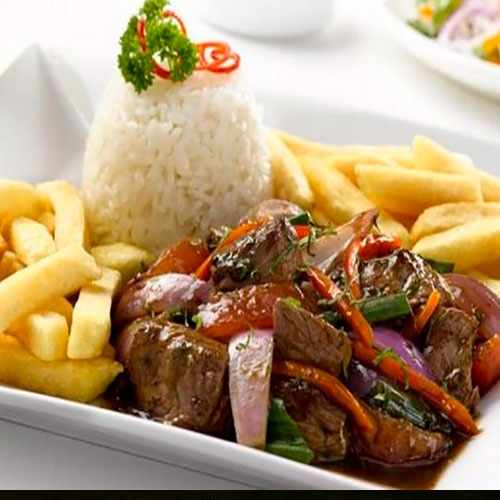 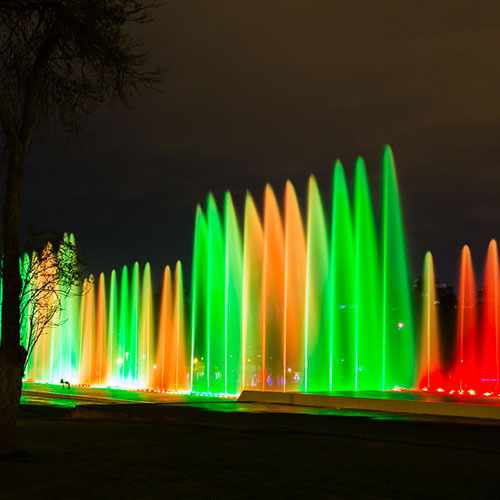 Lima Illuminated & the Fountains of Lima 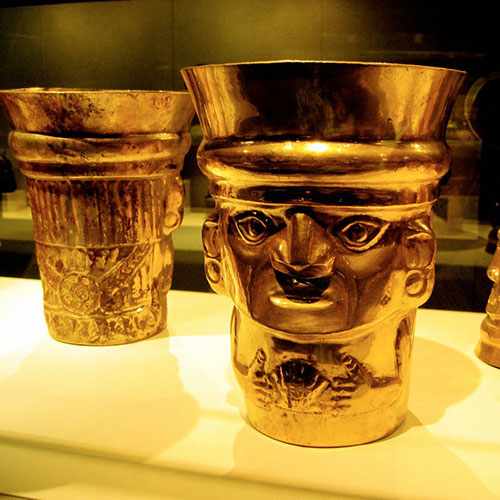